This Saturday, somewhere in the South of England...

matthew_w100 wrote:In all seriousness I heard someone doing a practice SRA into Gatwick the other day. I don't know how big he was, but he was giving a reg not a callsign. Is it possible this would be an option or would they turn their noses up at a single? Or charge airliner money?

I did this about a month ago, no charge, SRA to 26R followed by a visual approach to 08L. Very accommodating, however when I called last week the controller said they were not allowing approaches. Worth a try?
PPL

G
Iceman liked this
I am Spartacus, and so is my co-pilot.

johnm wrote:Gloucestershire and the Aviator is up and running again

You will be pleasantly surprised.... 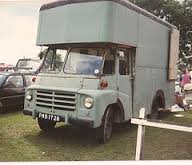 Also, Farnborough with food at Blackbushe.

Lydd with food somewhere else.

The cafe is open at Headcorn, just a hop from Lydd.
Iceman liked this

Dave W, lutonwho, Pete L and 3 others liked this
You are still dangerous! You can be my wingman anytime.

By Oldfart -  Fri Jul 10, 2020 6:44 pm
Like
Fri Jul 10, 2020 6:44 pm #1782534
I wouldn’t go anywhere near Bournemouth for your training. I had a business visit today. 1 hr. from engine start to takeoff. It took nearly 40 minutes at the hold for ATC to depart 8 GA and one F20 jet aircraft. At one point a gap of 9 minutes between departures. Ample time between some landings to get a slick departure.
Never seen such inefficient ATC.
Start up a pain too, not ATC fault initially, as handing company omitted to pass departure details to them. No phone signal in aircraft, ATC refused to take details on Ground freq. ( pretty simple, VFR clearing NW to destination. )
Taxi back to ramp, phone handler, start up again and join the 1 hour queue. Not my day!

Oldfart wrote:Never seen such inefficient ATC.
Start up a pain too, not ATC fault initially, as handing company omitted to pass departure details to them. No phone signal in aircraft, ATC refused to take details on Ground freq. ( pretty simple, VFR clearing NW to destination. )
Taxi back to ramp, phone handler, start up again and join the 1 hour queue. Not my day!

Handling & departure details or you go nowhere?....Sounds like a really fun place to fly...
Its generally best to make a hole in the sky.......not the ground...

May need to try out some of the other suggestions mind you.

Iceman wrote:Indeed, I flew in to Headcorn a few weekends ago and nearly ended up with a £4700 hamburger as I contemplated whether to take a 40 minute ride in the Spitfire that was doing rides

MrT6 flew in one of the Biggin Hill Spitfires last summer.
I had a ride in the 'chase plane' for formation photos. We paid less than that, I think about £3.5k for 40 mins, inc 5 of us in the sky van. We have go-pro from both a/c, including the victory roll over Brands Hatch.
For us that's a fair chunck of money but it was a.m.a.z.i.n.g and we are still buzzing 12 months on.

For those who hate the idea of a 2-seater Spitfire, this was M. ixT, converted to a trainer by Vickers in the 1950's.
Iceman liked this

Hence my caution, and for once, I was glad that I wasn’t impulsive. Spending that sort of money, I really needdd to do a bit more research.

T6Harvard liked this
You are still dangerous! You can be my wingman anytime.

lutonwho wrote:Weren’t they converted into two seaters for the Irish Air Force as trainers, or have I got that wrong?
LW

There are four 2 seaters at Biggin Hill, all original Vickers conversions. One is the 2 seat prototype Mk VIII G-AIDN, the other three are all ex Irish Air Corps TR.IXs. One has been in the US since the 1960s and was flown by Bill Greenwood until a landing collision with a ground-looped Hurricane did quite a lot of damage a few years ago. Bill sold it on to Biggin Hill Heritage Hangar last year; they are finishing the repairs and should have it flying punters in due course.

The other three flying in the UK are all modern conversions and are largely new build airframes from scrap or accident remains. There is at least one more being rebuilt at present.

The Fighter Collection used to fly an ex Indian AF Tr.IX that had been de-converted to single seat Mk.IX - back in the 1980s selling rides in warbirds to the public was not an option!
T6Harvard, lutonwho liked this

Iceman, if you check Trip Adviser you get a pretty good idea of what's on offer. We were particularly impressed by Fly A Spitfire at Biggin Hill because they included everything in the price, right down to free drinks, a bunch of souvenirs, a lovely large framed certificate signed by pilot and client, and most importantly the Go Pro footage of client's face and forward view, and view from Sky van of Spit alongside etc. Everyone was so professional, so helpful and so eager to please.
Ooh, and the price included a tour of the 2 hangars for hubby and 4 guests, with a brilliant guide that was fabulous!

MrT6 was also impressed by his driver, ex-Royal Navy Sea Harrier pilot Don Sigournay, who did an excellent briefing and took onboard his reticence with regard to aeros, but still gave an unforgettable demo of how smooth the old girl is (and he snuck in a wingover as a compromise when hubby turned down a loop).

Message me if you want any more details but when I next (cough) have £3+k to spare I wouldn't hesitate to do it.

Apologies, have rambled on, but we are still grinning and have the 2 best photos enlarged on canvas in pride of place.
kanga, Pilot Pete liked this

By Pilot Pete -  Mon Jul 13, 2020 12:41 am
Like 3
Mon Jul 13, 2020 12:41 am #1782883
Inspired by this thread, rather than a semi wasteful orbit of east angular, I called at short notice, for a practice approach at Norwich (on sat)
I wasn't sure who to talk to so the very helpful guys in ATC firstly confirmed they could accept me and dealt with the details by contacting Saxon for me. (Doh, should have known that)
The flight was hampered by a radio issue that Norwich ATC assisted with but thanks to their cheerful, calm, professional manor, I managed a usable approach to minimum and flew home contented.
Thanks Norwich.

kanga, Norwich Radar, T6Harvard liked this
All the time the fan up front
is running I should be able
to keep my cool.