This weekend presents some weather challenges, but ones that I think most of us should be able to overcome with caution.

The course is presented by me, live online over two consecutive Saturday mornings from 0930 to 1230hrs. If you want to build your confidence in understanding the weather and predicting for your flying 5-days in advance, this course is for you. For more information click here https://weatherschool.co.uk/aviation-we ... ar-course/

Remember too that Weatherweb Premium also as lots of weather wisdom and is continuing to grow with more pilots joining every week. There's stack of weather information, forecasts and learning to be found on the website and you can try Weatherweb Premium completely free at http://premium.weatherweb.net/become-a-member/

SATURDAY
=========
A very unstable airmass affecting the British Isles and Ireland on Saturday with an area of low pressure over southwest England. Fronts surround the low bringing areas of rain and heavy showers.
It is a very messy weather picture for Saturday. The morning may see mist in many areas, this lifting slowly. Showers into southwest England, a few in Wales and Ireland with cloud shrouding hills. Parts of the Midlands, East Anglia and the southeast start fair with broken cloud and some sunny spells. More rain across Northern Ireland, northern England and southern Scotland again with the cloud shrouding the hills, fog on eastern coasts and most rain in northeast England. Low cloud and mist also affects Shetland and Orkney.
Showers and murky weather in the English Channel, showers in central and western areas, some of them thundery.
Misty and murky in eastern Scotland, but better in western Scotland with higher cloud bases.
The afternoon sees low cloud again along eastern coasts. Heavy and thundery showers developing in western England, Wales, parts of northwest England, southwest England and Ireland as well as western Scotland. Possible drier in East Anglia and the southeast.
Winds mainly E-SE 10-15kt (F3-F4) but gusty in showers. 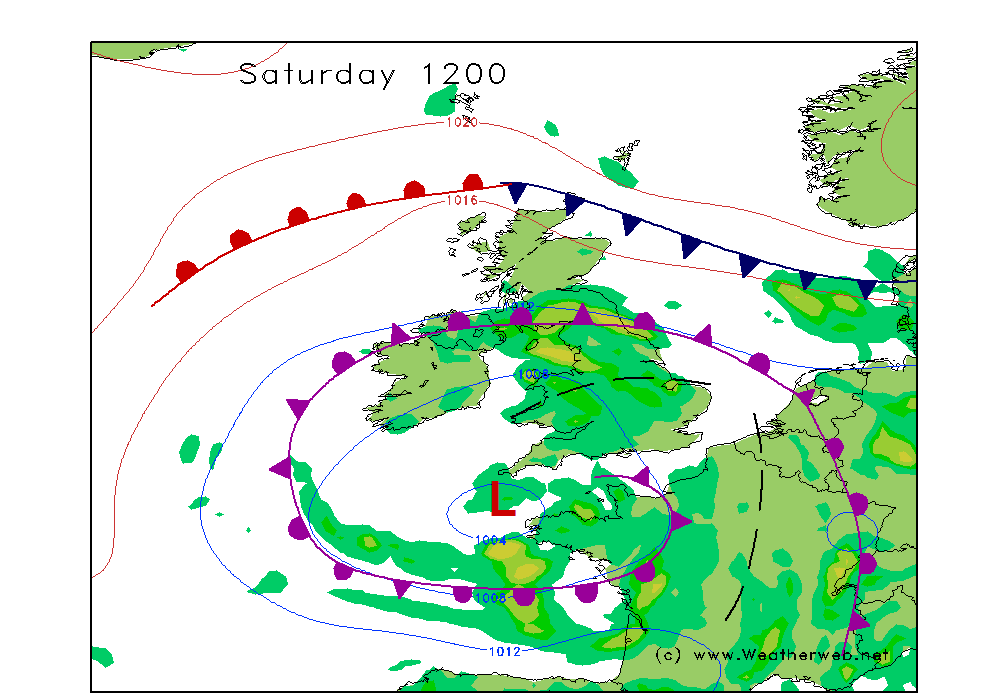 SUNDAY
=======
The area of low pressure is expected to be over Ireland on Sunday. Troughs surround the low, with an occluded front affecting northern Scotland.
The picture for the day is again messy. Mist patches for many in the morning, these clearing quickly. Then sunny spells in England and Wales, although quickly showers will be developing, most in the Midlands, Wales and southwest. A few may be thundery. The showers may then become heaviest in northern England in the afternoon, with few in southern England.
The Channel area is expected to be mostly fair, apart from some mist patches. Bits of low cloud are likely in the west and east.
Further thundery showers developing in Ireland, these torrential in places.
Rain in eastern Scotland, tending to turn more persistent through the day. Low cloud, mist and fog again affecting eastern Scotland and northeast England.
Winds E 10-15kt (F3-F4) overall but variable 8-12kt (F3) in Southern Ireland and SW 10-15kt (F3-F4) in southwest England. 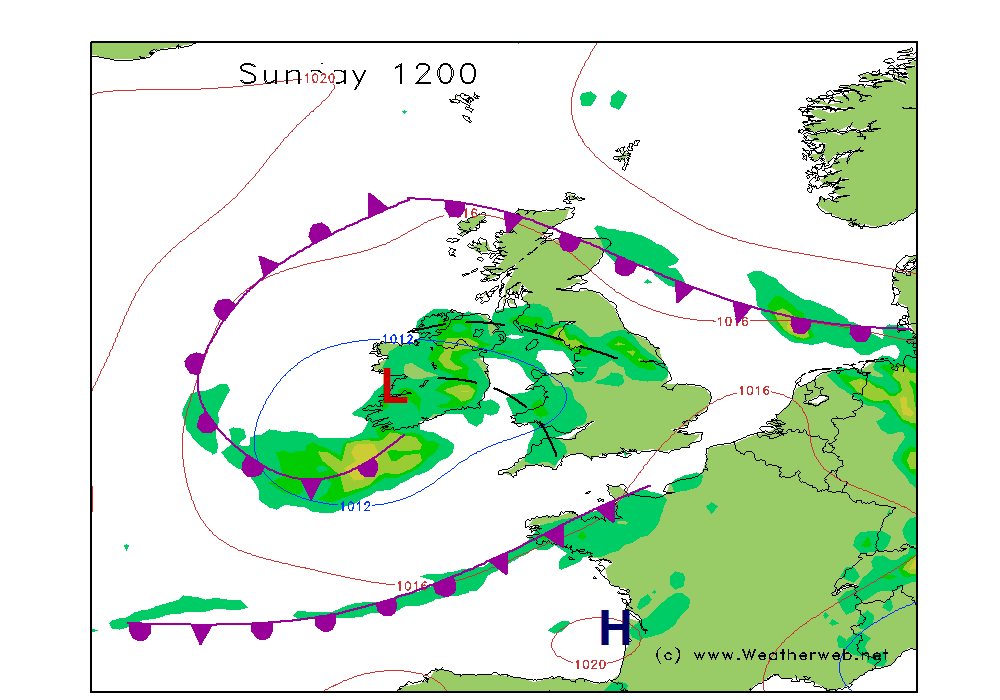