Any flight sim (or x-plane) addicted here? I am thinking about setting up a console, and I need to start from buying a PC (waiting for FS2020).


Stay safe and at home (those of you who can)

S
Having sex is like playing bridge; if you don't have a good partner you'd better have a good hand.

By MIddleGround -  Thu Mar 26, 2020 5:19 pm
Like 1
Thu Mar 26, 2020 5:19 pm #1755903
Given the lack of alternatives, using a flightsim in a deliberate way to practice will be better than nothing, especially if trying to keep in mind the procedural stuff like instrument approaches. Having done lots of research and setting up a sim before the virus, I'm glad I did and here's what I concluded:
- X-plane 11 is the way to go for most
- there's a good series of videos from Pilotworkshops that I have found to be worth their cost - aimed specifically at sim use by pilots - saved me a lot of aimless trawling around sites using Google.
- The demands on the PC are big if you indulge in anything other than IMC flights - you need a good gaming-spec PC. But, for pure IMC practice, you could get away with less
- I wish we had a UK equivalent of Pilotedge (a service that provides ATC for users of sims ). Maybe now is the time to start one, especially if a few professionals now find themselves short of work
- Getting a sim set up and learning how to use it is not a trivial task. I say that as someone who is tech-savvy. It doesn't require big tech skills as such, but it does require a bit pf perseverance to wade though several layers of things you need to know to use the sim in a manner remotely useful for real-world pilots
- There is a widespread view that it's not a good idea for learning how to fly but is useful for pilots who already know what they are supposed to do.
- Budget another £200 for software add-ons if you want to simulate your preferred GA aircraft with realistic kit.
- You can use it with SkyDemon and Foreflight, which is useful. If flying IFR, there's an issue about getting up-to-date plates in the flightsims. Those Pilotworkshops videos I mention explain it well.
- You don't need to spend big-bucks on hardware add-ons. Again, the Pilotworkshop videos give good guidance

I guess I'll know in a few months if it was a worthwhile substitute.

If you had adequate broadband, you could perhaps team up with an instructor as well.
CAT4R4TTA liked this

For VFR pilots like me, the procedural stuff leaves me a bit cold. I have played with Flight Sims for years, but not really been hooked until I tried flight sims in VR!

In VR even the cartoony style flight sims give me a greater feeling of flight than anything else that I have ever tried.

I, fairly recently, got myself a new PC and a VR headset after trying this stuff. I am now playing, in VR, with IL-2 Sturmovic which is a combat flight sim, AcroFS an aerobatic flight sim in beta from US Unlimited aeros pilot Jim Bourke, and a cartoony game style sim called Ultrawings.

There are lot of others. There is a new, revolutionary, version of Microsoft flight sim due out later this year. The graphics, and the detail of the simulation are simply unbelievable, including real-time weather - same weather as in that part of the world now!

VR was built for flight simulation in my opinion.

It isn't cheap, unless you stay at the gamey end, the higher-end sims need a fairly high-performance PC and then you have to add £400 for a VR headset but it is unbelievably immersive.

MIddleGround wrote: - I wish we had a UK equivalent of Pilotedge (a service that provides ATC for users of sims ). Maybe now is the time to start one, especially if a few professionals now find themselves short of work

Try Vatsim
I know I'm paranoid - that's why they're watching me!

It’s like meditation, I imagine it, but I leave in all the detail, I always start with the engine running and

I do all the RT, taxying and lining up and then go flying, take off is awesome, it’s always sunny and the air is crystal clear.

Sometimes I have emergencies which is odd, I’ve actually enjoyed a forced landing once.

You can only do it properly if you’ve flown, as the art is to make it how it’s really like, rather than how you might imagine it’s like.

You must leave in all the detail. It’s a kind of meditation I suppose, when you crack it, you can go flying any time.
white light, MIddleGround liked this

By PaulSS -  Fri Mar 27, 2020 9:59 am
Like
Fri Mar 27, 2020 9:59 am #1756100
It's a kind of bitter-sweet thing. On the one hand I am extremely grateful to still have a job and, spawny git that I am, have managed to cling by my fingertips to a conversion course. All the while I'm in training I'm lucky enough to get paid and, given how long the Japanese training is, I'm hoping the madness would have calmed down in time for line training. On the other hand, it's training by test, test, test and it's the device that any sane commercial pilot tries to avoid as much as possible......the dreaded sim 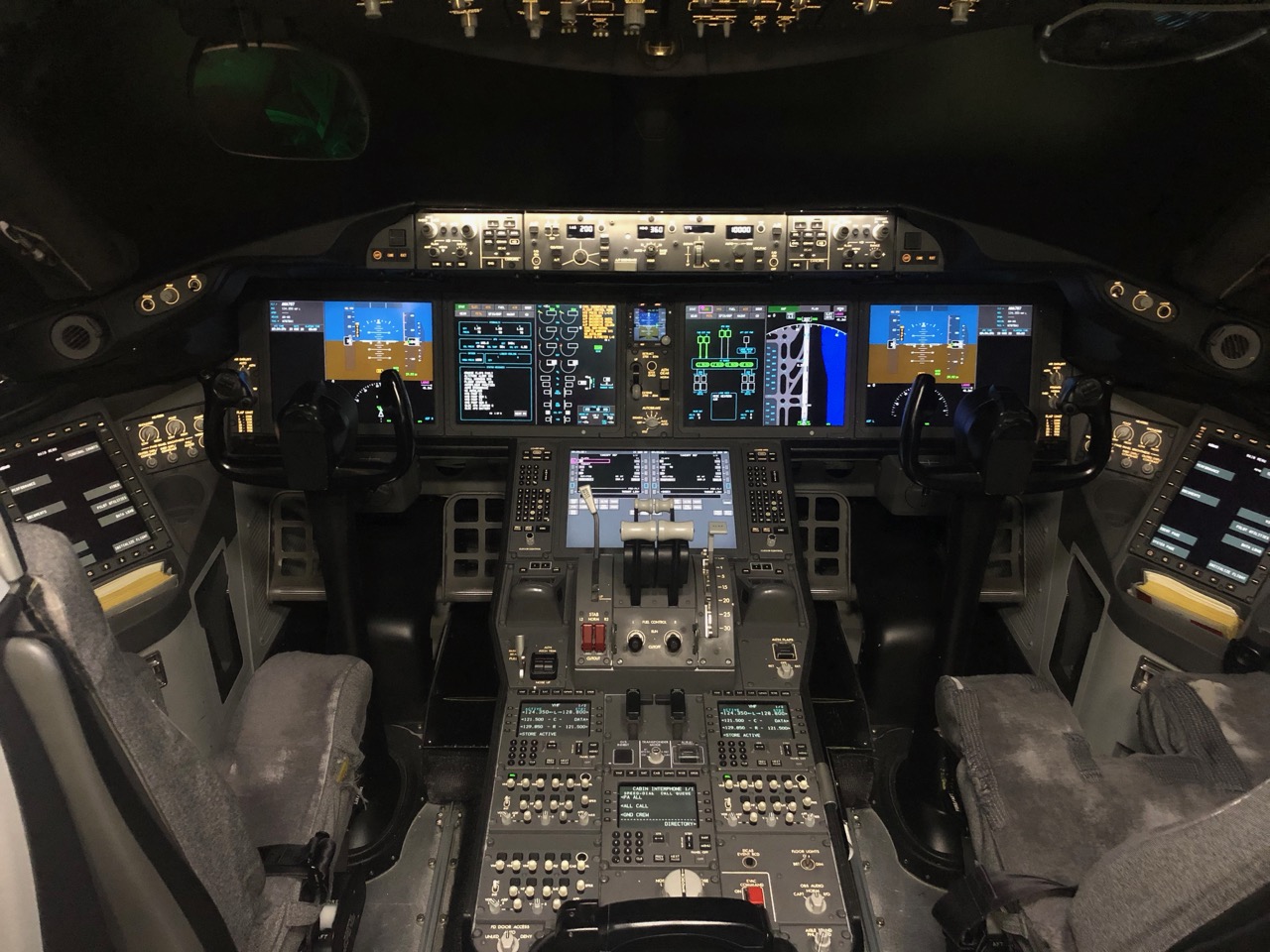