What's in your fantasy hangar?


4. Gazelle in the 'home' hangar, to get me to my fixed-wing hangar 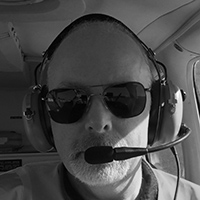 I'm not a fixed-wing guy, but the Lockheed is old-school badass

Much nicer to fly than these Extras that are so common these days.

Oh, and I’d probably buy an RV4 as a runabout.

That CR42 sitting in the hangar at Duxford looks superb and I'd love to have a go in it.

.. at least in the 'to look good in the hangar' category. As for the 'for my normal flying needs', however, ..

I didn't add a Spit to my entry. It is hard not to, who wouldn't want to fly one?

However, owning and operating one?

I have a friend, who shall remain nameless, who is a very good aerobatic pilot, he had a go in a two-seater Spit. He said it was a disappointing experience because the plane was operated so far within its limits that, once you got over the ambiance, it was like flying a fairly dull tourer.

It would be great to fly a Spit and wring it out a bit, but you wouldn't would you? It would be doing a disservice to the history and value of the plane.

If I had 5 million, I would definitely have a go in someone else's Spitfire, but I'd probably spend my money on something else...

In my case, building a Carbon-Fibre Cap 232

3. Can;t decide between a DeHavilland Vampire and Argosy - probably none left of the latter so Vampire it is.

jerry_atrick wrote:..
3. Can;t decide between .. and Argosy - probably none left of the latter ...

Doubt there are any of these:

But definitely some of these: