Surely Pepys wouldn't have made that sort of error.
johnm, Edward Bellamy, Hawkwind and 1 others liked this
Paul

), yes. Some applications include:
- Transfer of people and organs for medical use
- Delivery of small goods via drones or small aircraft where delivery services are not available
- Transfer of key workers
- Police/security surveillance to maintain law and order
- Scientific research to monitor virus particles, atmosphere, etc

As for private/personal use, if you are *really* allowed to get out the house and travel by road, and you *need* to get there faster, then one *should* be able to get there by air also.
Last edited by James Chan on Tue Mar 24, 2020 10:48 am, edited 1 time in total.
If we don't take part in protecting GA access to infrastructure, the smaller aerodromes will be built over, the larger aerodromes will have exorbitant handling fees and awkward procedures, and airspace will be over-classified to Class A everywhere.

johnm wrote:I am asking myself why this couldn't all have been in place a month ago when the loony crowds were hoarding.....part of the answer is the lost of art of civil defence and contingency planning......

I'm not sure public support was there for it even a week ago.
If there is one silver lining to the weekend antics, it is that it seems to have made the overwhelming public opinion in favour of last night's decision.

Which is why it was done the way it was. Last night was what they intended all along, but we had to have the weekends scenes of crowded beaches etc to ensure public support.
rikur_, Earl Grey liked this

Miscellaneous wrote:@Dave W do you remain convinced the directions are crystal clear?

By cadoganpier -  Tue Mar 24, 2020 10:54 am
Like 6
Tue Mar 24, 2020 10:54 am #1755090
I love flying and was massively looking forward to a trip I had planned for today, however, I do appreciate that being able to fly is a massive privilege for those of us that do. After last nights announcement I was of course sad that todays jolly has gone out the window but if it helps to alleviate the risk of making things worse in any way then it is a sacrifice I will of course make. This morning I read a story about a 72 year old priest in Italy who gave up his ventilator so it could be used by a younger patient. He's now dead.That's the sort of real sacrifice some people are having to make. I am slightly ashamed for even feeling hard done by not be allowed to fly.
JAFO, Stu B, ArthurG and 3 others liked this 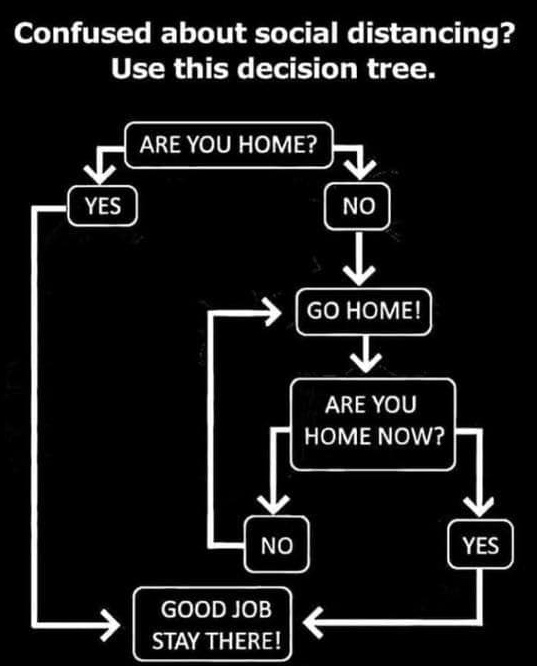 JAFO, Stu B, PaulB and 1 others liked this

Miscellaneous wrote:@Dave W do you remain convinced the directions are crystal clear?

Maybe the crystal is not clear enough for some?

Which is why it was done the way it was. Last night was what they intended all along, but we had to have the weekends scenes of crowded beaches etc to ensure public support.

Basically the mob is in charge.
John Milner Fairly tolerant PPL/IR flying a TB 20 from Gloucestershire

Rather frustrating to say the least!

I thought they had been disbanded, or is that just north of the border since the inception of Police Scotland?

Not disbanded, even in Scotland. It's just that in Scotland the successive chiefs of the now merged Police service have ordered that the Police there do not ask SWCAP for help, and refuse any offers. Others there can, and do. SWCAP Scotland has had some favourable publicity recently, including on TV, by flying reonnaissance patrols just off isolate beaches looking for accumulations of washed-up debris, especially plastic, which ground patrols can then investigate. This link is not recent, but the activity continues:

I should know really as I went to Prestwick to an air show manning the stand.

The most memorable part of the weekend was being stuck in behind the Vulcan and having to wait and watch the whole start up process and its departure before we could get out. Followed by a divert in to Glenforsa for an overnight as we would not have got home to Inverness before dark.

Dave W wrote:John, if this had been done a month ago even more businesses would have folded than are already likely to.

Also, in practice, what do you reckon "...those in authority [being able] to control them" would actually look like?

I expect that none of us would like the answer to that, and obviously the answer would apply to us all not just to "them".

There is no simple solution to this unprecedented problem. People are clearly doing their best in a complex balancing act. Needlessly pointing fingers is at best unhelpful.

I agree, and think the UK government's approach has been pragmatic and overall pretty good.

You can only implement what is likely to work. The countries that had rapid, strict lockdowns after relatively few cases/deaths are ones with cultures of obedience where the population are used to being told what to do and 'government crackdowns' are not exactly unusual.

The British people have something of a tradition of treating instructions from government as advice rather than requirement. We've seen this as the instructions were flouted and continue to be flouted even after firm instructions have replaced polite requests. It would not be feasible or in any way practical for the government to attempt a strict enforcement of the lockdown with the Police and military patrolling the streets. Outside of cities it would be completely impossible.

The present stepwise, incremental approach is correct. A hard lockdown from the start would have been widely ignored, unenforceable and largely pointless. The media and political opposition portray it as 'backtracking' or bowing to pressure when the PM announces something new, but it is nothing of the sort - it is planned and gradual implementation of a plan which consists of a series of increasingly serious measures.

It was particularly distasteful to see a Labour shadow-something (I forget who, they are all utterly forgettable) speaking last night and suggesting that the latest measures were in some way a result of pressure applied by the Labour Party. "We welcome these latest steps from the Government which the Labour Party has been calling for for the last week and would have implemented much sooer, etc". Yeah, right. Easy to just say that whatever's being done at the moment is wrong and you'd have done more, isn't it? Easy to spout theory because no-one's asking you and you're not under pressure to make the decisions. If you were in that room having to take the decisions I'm sure you'd see that it isn't quite as straightforward as you make out.
Miscellaneous, Shoestring Flyer, Hawkwind and 2 others liked this
Schrödinger's cat walks into a bar. And doesn't.

Policeman says "can I ask why you are out of your home today, is your journey essential?"
You respond "I am going to my GA airfield to fly an aeroplane".
Policeman "not essential then, go home"
JAFO, TheKentishFledgling liked this