By Shoestring Flyer -  Sun Mar 22, 2020 9:03 pm
Like 1
Sun Mar 22, 2020 9:03 pm #1754560
Well this is a fast moving very serious situation.
I have now changed my mind from earlier today when I was thinking about doing a bit of restricted flying this coming week to now fast coming to the conclusion that any flying at all for the forseeable future is just being far too self indulgent!
wigglyamp liked this

G
kanga liked this
I am Spartacus, and so is my co-pilot. 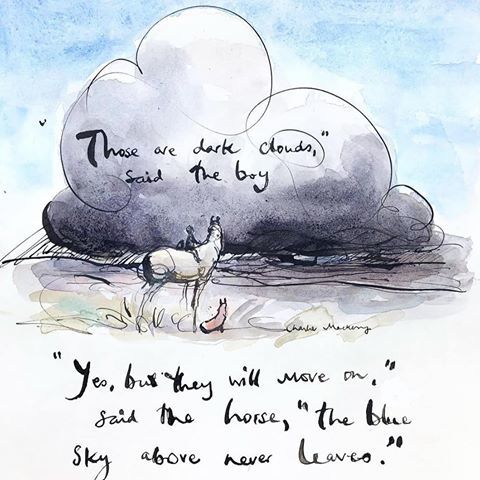 flybymike, Miscellaneous, JAFO and 1 others liked this

Flyin'Dutch' wrote:Anyone wilfully not keeping social distance, washing hands, coughing over other people or any combination of these behaviours is an idiot.

Stay on track, Frank. Where is anyone advocating doing that? That's disingenuous.

I'm questioning the assertion we should all be housebound. @PaulB made an attention grabbing statement about the innocent and undeserving getting the disease. I think he did so without thinking it through and I've asked him to elaborate on who those people are and how this will come about, if I go out for a walk, cycle, solo flight…

Seems to be a lack of a willingness to discuss the situation sensibly.

At a time when there are stacks of people departing this earth pre-maturely, and people are willingly flouting sensible advice, one has to accept that those who are at the frontline get a bit short fused when priviliged folks are looking for reasons to see why they should be exempt from the sound advice given.

Maybe I would feel less aggrieved if health services would have been better prepared by their governments and provide staff with protection gear.

To the easily offended - cap, fits.
Peter Mundy, lobstaboy, ls8pilot and 2 others liked this
Frank Voeten
Use email please rather than PMs

Bill McCarthy wrote:You’re at it again !

Someone wrote on this very forum that they were upset with potentially infected people coming into their patch of the world.

Remind me, who was that?
Frank Voeten
Use email please rather than PMs

Bill McCarthy wrote:My comment relates to the fact that, even now, the constant needling that it’s the governments fault grates somewhat.

As I have written before, it is not the government's fault that this is happening, and whether the response has been adequate is a matter of debate.

In my, and a lot of proper scientist's view it isn't with the chap responsible for the infectious diseases as recently as 12 days ago stating that people should go about their business as normal including booking holidays etc, and the 'herd immunity' ruse was non-sense too.

But what can be squarely laid at the government's feet is that the NHS is woefully under resourced ba far and that is not me saying that alone; Jeremy Hunt who for the largest part of the decade that the Tories have been in power was responsible for that mismanagement has admitted that himself last week.

That mismanagement will cost extra lives.
ls8pilot, kanga, Pete L liked this
Frank Voeten
Use email please rather than PMs

Flyin'Dutch' wrote:Anyone wilfully not keeping social distance, washing hands, coughing over other people or any combination of these behaviours is an idiot.

Who's that then on here Frank, who's suggesting they should be exempt from the sound advice?

What there certainly is on here is highly emotionally charged posts with little validity that stirs others.
Misc.

However, I‘ve decided that is it for now. Just seems too frivolous - it is 100% a hobby for me and much as I Iove flying I don’t need to do it. I’m also going to let my medical lapse. My daughter is a AAU nurse in London and I'm getting a glimpse of what it means. When this is over I aim (fingers and toes crossed) to pick up from where I left off (still got the share-o-plane).

In the mean time I will try to refresh some of the ‘book’ stuff I’ve forgotten. And I’ll try the ERAU online courses etc.
Shoestring Flyer, ChrisRowland liked this

McDonald's is closed, so the diet of children across the UK has become healthier overnight.

[add whatever smilies you wish to avoid taking offence]
Last edited by Rob P on Mon Mar 23, 2020 3:46 pm, edited 1 time in total.
Iceman liked this
"We sleep soundly in our beds because rough men stand ready
in the night to visit violence on those who would do us harm."
- George Orwell-

Rob P wrote:Look on the bright side.

McDonald's is closed, so the diet of children across the UK has become healthier overnight.

[add whatever smilies you wish to avoid taking offence]

I've seen suggestions that the same is already true in China with the marked reduction in pollution.