I plan to print the thread and send it with a card on 6th Feb. To introduce Len....

Len joined the Fleet Air Arm in 1942 and was taught to fly at US Naval Air Station Pensacola, Florida - the "cradle of US Naval Aviation". On his return from America Len was posted to 820 Squadron Fleet Air Arm (which had originally been formed at RAF Gosport in 1933).

820 squadron supported the Allied Landings at Sicily and Salerno then returned to the UK in November 1943 and disbanded at RNAS Donibristle. The squadron quickly reformed however, and equipped with 12 Fairey Barracudas was initially based at RNAS Lee-on-Solent as a torpedo bomber/reconnaissance squadron.

The squadron was re-equipped with 21 Grumman Avengers in September 1944 and sailed with aircraft carrier HMS Indefatigable to the Far East in November. As the war in the Pacific moved closer to Japan 820 Squadron was assigned to the 7th Carrier Air Group, and later carried out a number of raids on Tokyo prior to VJ-Day.

In fact Len was engaged in combat by a flight of four Mitsubishi A6M Zeke ("Zero") fighters in the Tokyo Bay area on VJ-Day itself, 15 August 1945. His Avenger aircraft sustained significant damage from the leading Zeke - with starboard tailplane removed; much rear fuselage damage; radios destroyed or damaged.

The second Zeke was engaged and sustained engine damage, diving out of the combat trailing black smoke. Fire was exchanged with the third and fourth Zekes before the engagement ended.

Len and his fellow crewman worked together to steer their damaged Avenger toward a known Destroyer position, 60 nautical miles off-shore, for a ditching and rescue.

This must have been one of last aerial combats of World War 2, and vividly illustrates the often overshadowed service and sacrifice of service personnel n in the Far East, which continued beyond VE (Victory in Europe) Day, 8 May 1945, in order to finally end the second World War on 15 Aug 1945.

A birthday card for Len which all members of the aviation community at Solent Airport are welcome to sign has been placed at Café O5, Solent Airport (Tower Building). This will be collected at the end day Tuesday 4th Feb to be posted to Len, in time for his 100th birthday.

Photo: Len once went off the side of HMS Indefatigable in an Avenger. The incident was photographed. This is that moment. Source: USN Archive, thanks to Rich Patterson for finding that confirmation.
Last edited by JonEBgood on Thu Feb 06, 2020 7:01 pm, edited 2 times in total.
JAFO liked this
JonEBgood

Flying is the second greatest thrill known to man.

The very best wishes for your birthday. May there be many more to come 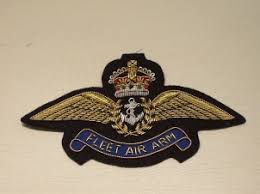 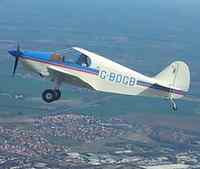