I hadn't actually thought about the benefits of flying an open cockpit.

I've never flown/been px in an open cockpit anything - whether fixed wing, wobbly or hung from ballon. I don't like motorbikes - never been on one and never will, although I have hit a fair rate of knots when I used to be a good skier; I guess that's the closest I've been.

Now I'm going to have to try closed cockpit gyro and open cockpit. 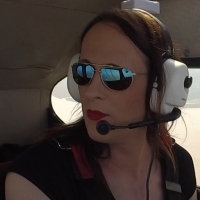 OCB wrote:I've never flown/been px in an open cockpit anything - whether fixed wing, wobbly or hung from ballon. I don't like motorbikes - never been on one and never will, although I have hit a fair rate of knots when I used to be a good skier; I guess that's the closest I've been.

Apart from having been in a balloon (fantastic), the rest of what you say was me too. Motorbikes - far too dangerous. Although that’s mainly down to the risk from other road users; not a problem we have in the sky.

Stu
Please check out my channel at www.youtube.com/stuwithaview

Red wrote:Ones I've seen appear to need an awfull lot of runway to get off considering their light weight,
quite at odds with their short landing capability

That’s true, we do need normal take-off distances - but can land in a much shorter length.

It’s all to do with rotor energy. In a gyro you pre-rotate (connect the engine to the rotor) to (typically) around 200 RPM (in an MTO); you then accelerate along the runway and rely on airflow through the rotor disc to accelerate it to the 300+ RPM we need for take-off. That acceleration takes time and distance. On landing, the rotor is already at flying RPM and so provides lift even as flying speed decays, allowing a much shorter landing distance. Coupled with our power-off steep approach angles, we can get into even small fields. We just might not get out...

It is possible to pre-rotate to higher rotor RPMs; I can get my MT-03 up to around 260; that shortens the take-off but at the cost of more wear and tear. So I only do so when flying out of bumpy farm fields (videos on my YouTube channel).

There are plans for gyros that can pre-rotate to 300 RPM+...
Please check out my channel at www.youtube.com/stuwithaview

FlyboyStu liked this
Stand back lads he's got a Blancmange

The original "Cierva-type" gyros - which had the prop at the front - were the safest things ever to fly, just as Cierva intended. It was a decade before the first fatality occurred, and that was a stupid Frenchman who ignored instructions, and took off with the control-locks engaged.
https://archive.org/details/Flight_Inte ... 5/mode/2up

They were really graceful machines, for a time delivering mail from rooftops in the US.
[some DC-2 FW shots in this beautiful colour film from 1939 - then...magic ! The gyro pilot Johnny Miller only died fairly recently, aged 102]


It was calculated that fixed-wing GA in the US/UK did not reach the safety levels of these early autogyros until the mid-1970s....another fifty years...
[source: Cierva Autogiros: The Development of Rotary-wing Flight, by Peter W. Brooks, 1988]

But by that time the original gyros had long been eclipsed by the helicopter, at the price of huge complexity not to mention $$$$ to own and run them. But the military have deep pockets... The helicopter is a fundamentally unstable machine, whereas the properly-designed gyro is fundamentally stable.

After the war, some enterprising Americans tried to revive the almost-forgotten "Cinderella" gyro machine. Their marketing spiel was that the machine was so simple and so safe that it would be possible to knock one up from a kit in your garage, and effectively teach yourself to fly. They also redesigned them, moving the prop from the front to the back, while remaining blissfully ignorant of the aerodynamic forces at play...

The outcome was predictable and tragic... The gyro went from being the safest machine to a "flying coffin" in a matter of years, and in this country they were effectively grounded.

One or two enthusiasts managed to keep the dream alive and continue unscathed. Wing-Commander Wallis was still flying his creations at the age of 96 !!


After an infamous fatal accident in 1970 at Farnborough, a brilliant engineer from Finland figured out what the problem was, and a simple, effective solution - the addition of a horizontal stabiliser !

https://www.tervis.fidisk.fi/JTsite/saf ... afety.html
There is no doubt that Jukka Tervamäki is the true father of the "modern generation" gyrocopter.
His streamlined, enclosed JT-5 from 1973 is spookily prophetic of the Calidus, which appeared nearly 40 years later... http://www.buildagyrocopter.com/jukka-t ... -autogyro/

Unfortunately, he came up against vested interests who turned a deaf ear, pilots continued to die, and he eventually left gyros behind, selling his plans to an Italian engineer, Vittorio Magni.

Magni slowly built a business selling factory-built, precision-engineered "modern generation" gyrocopters, from the 1990s onwards, but it was not until 2004, when the German company AutoGyro-GmbH entered the scene that the new machines really "took off" in numbers. AutoGyro-GmbH (branded in the UK as Rotorsport UK) are now the world's largest manufacturer, followed by Magni-Gyro and the Spanish ELA-Aviación (not available in the UK). Smaller companies seem to be springing up yearly around the world, all cloning the same basic design. There are probably more than 5,000 of these machines now flying worldwide.

The second critical factor was improvement in training, and the person who dedicated his life to that is UK-based Dr. Phil Harwood of the IAPGT, whose mission is to identify and promote a "best-practice", worldwide standard for gyroplane flying. https://www.iapgt.org/

It is a startling fact that fully two-thirds of the fatal accidents in the "Big-Three" modern machines mentioned above have occurred in just THREE countries. France, Spain and South Africa. I put this down to a combination of regulatory, environmental and even cultural deficiencies. From my research, I have no doubt that the UK is now the safest country in the world in which to fly gyros. We have had just three fatalities, none of which was really the fault of the gyro...

The majority of accidents in the UK are due to pilots - often former fixed-wing pilots - having brain farts during take-off, or landing.
Remember "gyros - safe in the air, vulnerable on (or near) the ground!", and "you don't stop flying until the rotors are stopped!" and you are unlikely to have a bingle....


Happily these accidents usually involve no more than hurt pride, and a destroyed machine, but explains why insurance premiums remain high. The IAPGT is currently running a project with the insurers aiming to reduce insurance costs.

Open-cockpit gyro flying is probably the closest to flying, and landing, like a bird. Nothing like it !
Agility, Visibility, Stability, Controllability. Grace...

Time to get your gyro grin ?

[ALWAYS GET PROPER TRAINING FROM AN INSTRUCTOR]
https://gyroexaminers.uk/
Last edited by TyroGyro on Wed Jun 24, 2020 10:27 pm, edited 22 times in total.
kanga, FlyboyStu, Grelly and 1 others liked this
"...you wear a gyroplane and it becomes part of you, each control an extension of fingers and toes. I love the almost instant reaction to the smallest inputs, more by telepathy than physical contact. " - Shirley Jennings

the Great Silver Fleet gyro was a Kellett, an American design licensed by Cierva.

Cierva had already demonstrated vertical T/O in a gyro.


And modern gyros can do some amazing things.... [rather them than me ! ]


Not an aeronautical engineer, but some combination of high power, high headwind and SKILL will lead to a very short T/O run. I've had some fairly short ones myself, as a rookie, maybe 50 metres to unstick?

The new Rotax 915 engine is supposed to offer a very short T/O for gyros under ideal conditions.
Last edited by TyroGyro on Tue Jan 28, 2020 12:14 pm, edited 1 time in total.
"...you wear a gyroplane and it becomes part of you, each control an extension of fingers and toes. I love the almost instant reaction to the smallest inputs, more by telepathy than physical contact. " - Shirley Jennings

By rf3flyer -  Tue Jan 28, 2020 6:46 am
Like
Tue Jan 28, 2020 6:46 am #1743687
@TyroGyro Thanks.
I get the thing about a strong headwind and I will acknowledge the skill element but reading a little deeper into scant on-line sources I'm guessing it was the available horsepower allowing a much more effective pre-rotation that did the trick.

A couple of modern American kit-builders have retained the Cierva "tractor" configuration, such as the Little Wing gyro....


but these are vastly outnumbered now by the factory-built "modern generation" pusher-types mentioned previously...
mick w liked this
"...you wear a gyroplane and it becomes part of you, each control an extension of fingers and toes. I love the almost instant reaction to the smallest inputs, more by telepathy than physical contact. " - Shirley Jennings 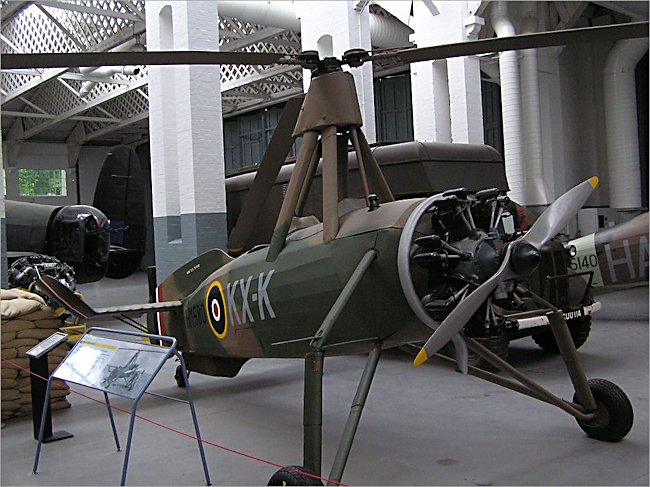 Last edited by TyroGyro on Fri May 08, 2020 4:02 pm, edited 2 times in total.
kanga liked this
"...you wear a gyroplane and it becomes part of you, each control an extension of fingers and toes. I love the almost instant reaction to the smallest inputs, more by telepathy than physical contact. " - Shirley Jennings

“Juan de la Cierva will be known to enduring fame as the outstanding pioneer in the field of rotary wing aircraft...All helicopters and similar types of craft that have shown promise of practical performance incorporate some of the principles and inventions developed by Cierva.”

“Where and whenever the pioneers of aviation are celebrated, Juan de la Cierva’s name is enshrined. He is one of the few in history of whom it can be said that what he had envisioned changed the world.”

Rear Admiral William A. Moffett, Chief of the Bureau of Naval Aeronautics, USN

Despite his genius, without which we would not have the helicopter, he was a very modest man. He never said he “invented something” or that he “discovered something.”

Rather, he said, “God permitted me to know something.”

Unfortunately, he was on the "wrong" side during the Spanish Civil War. He arranged for Franco to be brought back from the Canaries in a Dragon Rapide...

Recently, some in Spain were agitating to have his statues torn down...
https://www.rotaryforum.com/threads/pol ... y.1135243/
"...you wear a gyroplane and it becomes part of you, each control an extension of fingers and toes. I love the almost instant reaction to the smallest inputs, more by telepathy than physical contact. " - Shirley Jennings 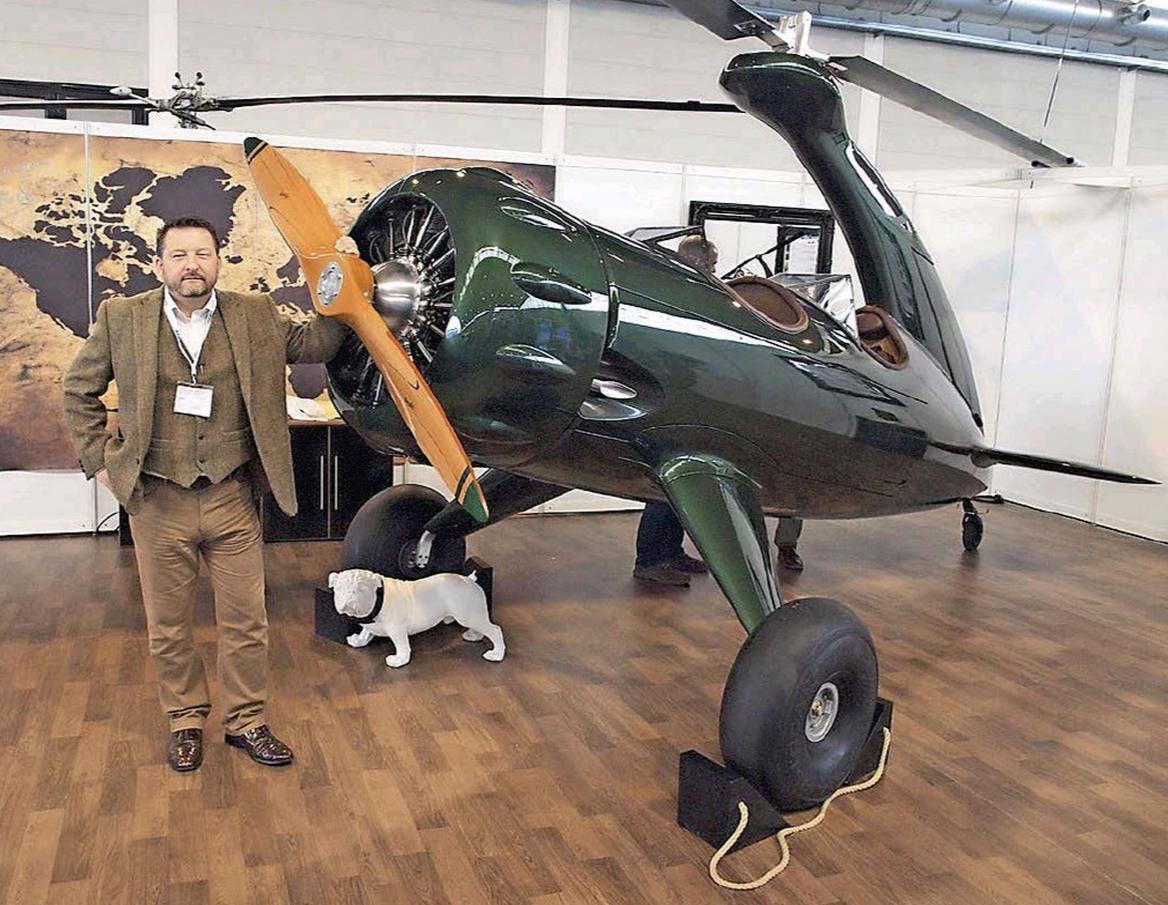 Don't know if anything ever came of it but to my eyes that is way more appealing than the MT pusher trikes.
JAFO, The Kissimmee Bum, NickC liked this