A revised map is included in the update below 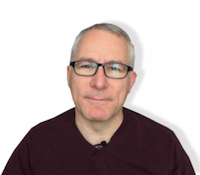 johnm wrote:Still a dog's breakfast, could still be better if Brize sequenced traffic into shared space.

My dog has his breakfast scattered all over the kitchen and even so, the dog is considerably better organised.
johnm, Stu B, Rob P and 2 others liked this
Deker

flybymike wrote:Will it all change again when the Americans move into Fairford?

Er haven't they been there since the early '50s?
There's only one 'F' in Fulham

Why make these spaces so ridiculously complicated?

And that I before you start asking the fundamental questions of traffic levels, access etc.

Sounds like a consultancy looking for ways to write huge justification documents and charge humungous fees.

It would be better to make the whole area class D with enough controllers - with a mandate to grant access to VFR traffic.
James Chan, T67M, Stu B and 2 others liked this

flybymike wrote:Will it all change again when the Americans move into Fairford?

Er haven't they been there since the early '50s?

USAF has used Fairford as a temporary deployment base, for US-based bombers, since '50s. However

a. fairly recently, it was announced that some units, at least the RC135s and possibly others, now based at Mildenhall, would be moved to Fairford as a new permanent base in near future; but

b. very recently, among the Pentagon budget monies approved by Congress which AIUI the US Courts (possibly still under appeal) have decided the President can divert to purposes other than those which Congress approved, ie the Mexican wall

, monies allocated to many projects in Europe and elsewhere have been diverted. These included monies for infrastructure projects at Fairford. I don't know if this will delay the rebasing. Presumably the bomber deployments will continue as before.

[a permanent USAF aircraft presence might mean a permanent US ATC presence. In my experience US military ATCOs are often very accommodating to transit GA unless there is known immediately conflicting military traffic

Lefty wrote:It would be better to make the whole area class D with enough controllers - with a mandate to grant access to VFR traffic.