My favourite time of year for flying....

Said like a man that spends many hours eyes IN!!

Well down here amongst the weeds the vis is very often shi te on hot high pressure summer days .

Give me a still clear autumn evening any time 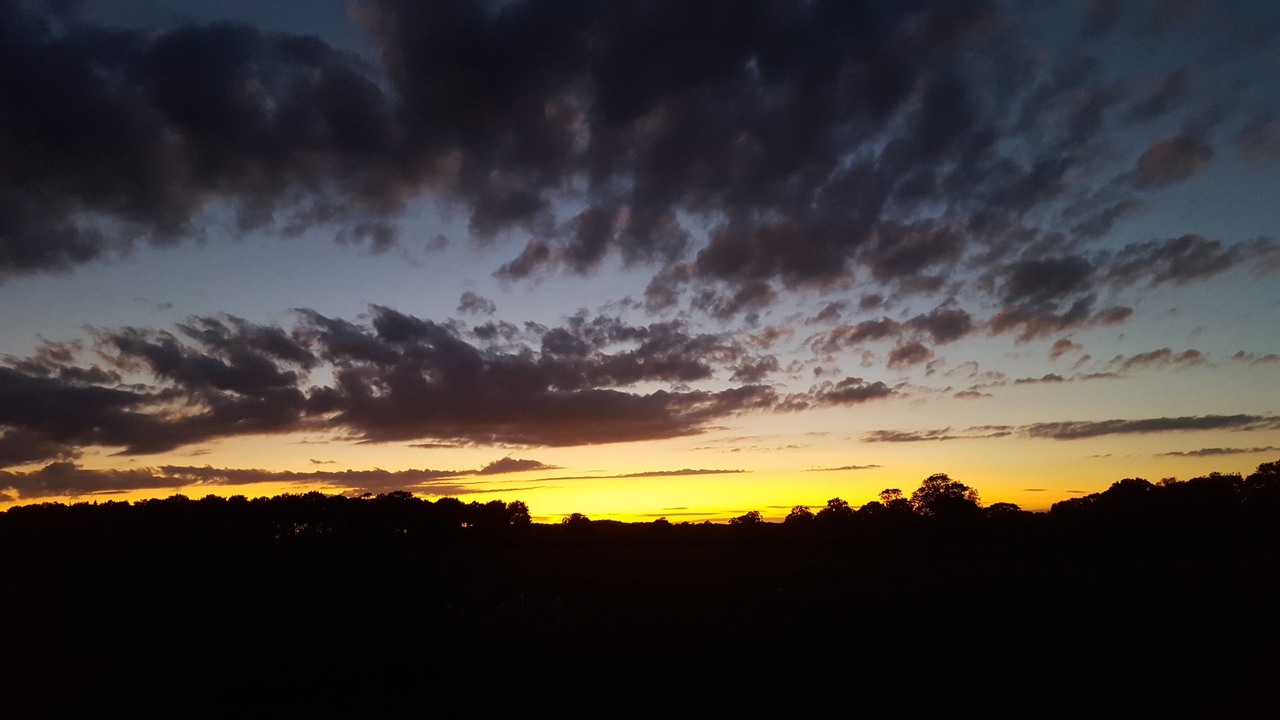 And I can't even fly due to a cold!
TheKentishFledgling, mick w, Lockhaven and 1 others liked this
The quickest way to fall out with people is, discuss politics.

Well down here amongst the weeds the vis is very often shi te on hot high pressure summer days .

Give me a still clear autumn evening any time

Not at my age you can’t

Wide-Body, flybymike, Shoestring Flyer and 1 others liked this
Pete S as was

I've never understood the concept of a flying season. There is good weather and bad weather all year round. Just pick the good days.
Nick, JAFO liked this

Charliesixtysix wrote:Ah but Misc, they already know you have a whole file full of Top Trump pics stashed away ready to deploy at the slightest opportunity.

PS Please do- your flying pics do take some beating

Your post had me scratching my head somewhat wondering where you got that idea? Sadly C66, I don't.

However, many thanks for the kind words.

Alas I haven't flown in winter since flying the hour prior to a 50hr check on 7th Jan 2017. Sadly I grounded the aircraft during the check. On a positive note she flew again in May, although I've yet to fly her since her return to flight..

A couple a pics from the flight on 7/1/17, the mist has formed over the Cromarty Firth which I crossed en route Dornoch, where I landed. On the way back I played along the edge of where the mist met the land, mesmerised by how it flowed. Note the rig top right of pic 1 sticking through the mist. 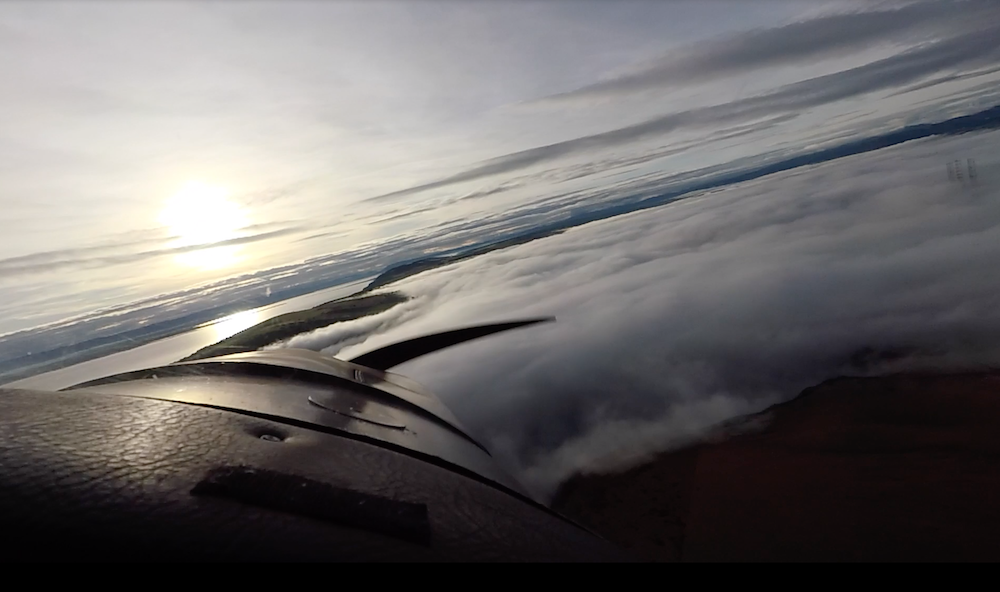 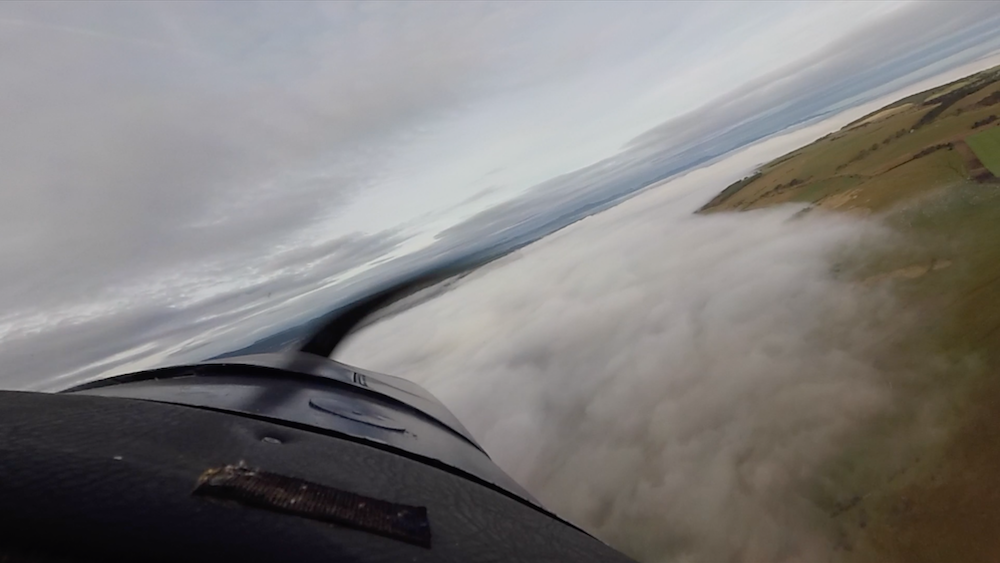 Pic 3 is from a planned winter flight which reverted to plan B (Plan A was to fly to Plockton) resulting in us flying through the glens and over the snow covered peaks. It's not too unusual to fly over a carpet of thick snow, however it's quite special to be surrounded by 'walls' of snow. 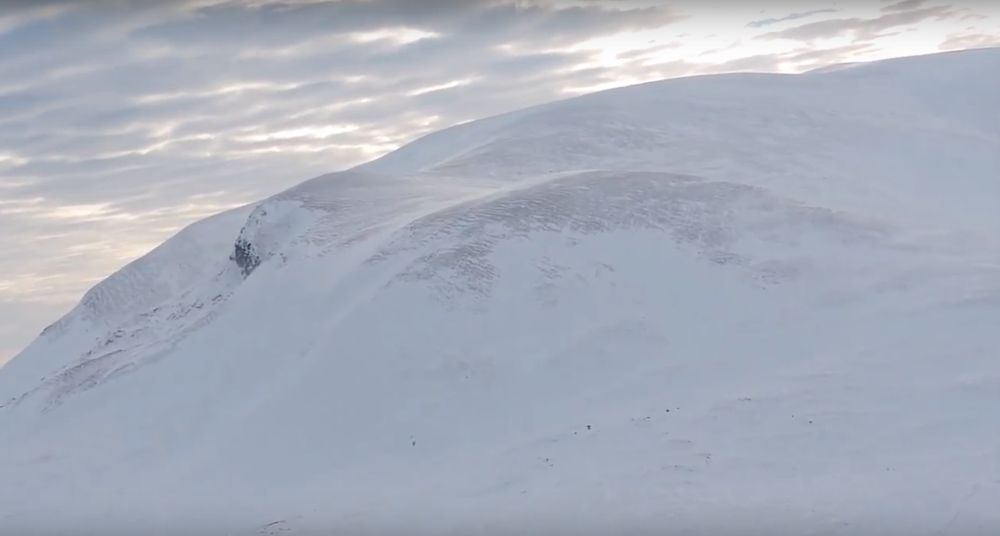 Pic 4 is from 31st Dec 2015, it was a dull and damp winter morning when we arose in the Great Glen. Indeed it was the very epitome of that very descriptive word…dreich. We met the friends we were celebrating the New Year with and, having checked the weather at Inverness, I asked Steve if he would like to go flying. The pic is flying south along the same Great Glen in which we know the folks (including our better halves) are experiencing a dreich day. I confess to experiencing a degree of smugness.

Somehow, having been below the clouds only a couple of hours previously added to the flying experience above them. I'd estimate the tops at 600'-700'. 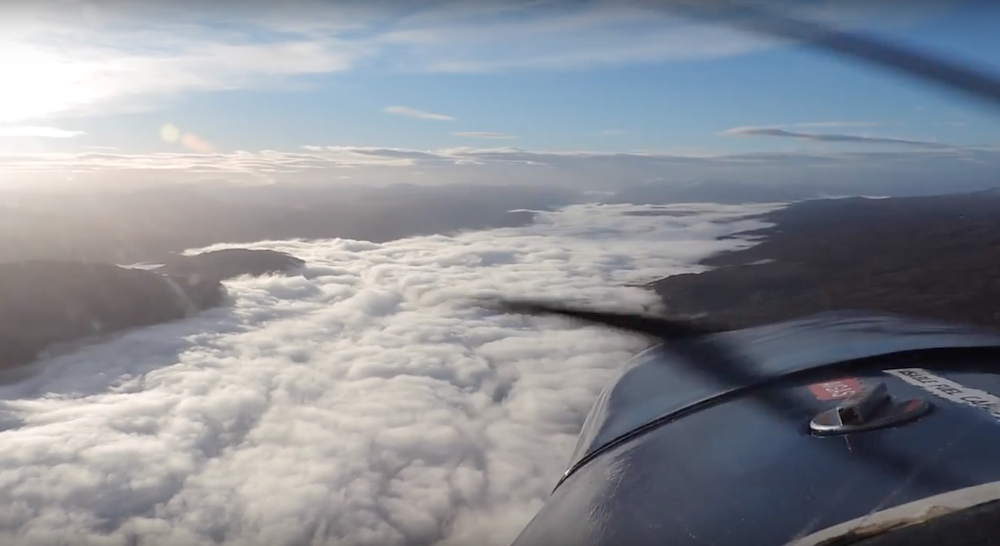 Dave W, Wide-Body, Charliesixtysix and 4 others liked this
Misc.

TopCat wrote:I've never understood the concept of a flying season. There is good weather and bad weather all year round. Just pick the good days.

Oh TopCat and likers of his post, what are you missing?

Of course there is no such ting as a flying season, @TheFarmer does not suggest there is. Indeed those who succumb to such ways of thinking tend to wrap their aeroplanes up and tuck them away for the winter.

By Maxthelion -  Thu Sep 12, 2019 9:13 am
Like 3
Thu Sep 12, 2019 9:13 am #1719714
I find the probability of the notion of a flying season to be directly related to the facilities and convenience at the home airfield. If you have your own well drained strip with a heated hangar then you probably couldn't give a fig about a 'season'. If you have to drive an hour to get to someone else's strip and remove frozen covers from an aeroplane that is reluctant to start and then after flying, wash it whilst watching the water freeze before your eyes on the aircraft skin, then you probably have another time of year that you would rather go flying.
Paul_Sengupta, Waveflyer, tomshep liked this

I do my best to avoid the temperate Winter, too miserable. Important to see smiles.
Yes there are nice days in the Winter too, but so many miserable ones too.
Aeroplanes stuck in the hangar, I go van driving or something, my customers turn up in their new leather Spitfire pilot’s jackets, why not? They’re not spending money flying my aeroplanes.

A flight to Panshanger in G ACDC one February taught me about cold, a hot coffee there taught me about the kindness of my fellow aviators, then the cold flight back down the Lea Valley to Redhill.
An adventure in a Maule to Dawson City one March, -35C, I discovered I don’t like cold.

So this season, between the warmth of this Summer, and the cold wet of the Winter to come is easily a favourite time for many, as is the Spring to follow.

Last Winter I opted out to fly in the warm Thai winter, and the warmer Australian Summer.
I am lucky to be able to do this.

This time it looks like back to wet miserable Vancouver in January, and then here, if life as planned... But life never goes to plan, so I may yet escape another winter.
MichaelP
Wandering the World

TopCat wrote:I've never understood the concept of a flying season.

I prefer to think of it as the "fly-in" season, where there are loads of fly-ins to attend. They tend to tail off in the autumn and start again in the spring. There are the occasional few in the winter but they tend to be marred by low cloud, boggy strips, short days, etc.
MichaelP, Rich V liked this

TopCat wrote:I've never understood the concept of a flying season. There is good weather and bad weather all year round. Just pick the good days.

Of course there is no such ting as a flying season, @TheFarmer does not suggest there is.

I didn't say he did say that, I was agreeing with him that there isn't.

Well I think you're putting words in my mouth a little, I didn't say it was the same experience all year round.

I'd certainly agree that long days allow more possibilities, and now that the nights are drawing in I'm realistically not going to have time to get my IMC rating renewed and head off on the tour of Scotland I'm planning, before next spring probably.

So in that sense there's a season. Just not a time of year where one would not go flying when the weather's good enough.

There's loads of 'the whole flying experience' I'm not engaging properly with - sadly I'm all too aware of that. Still, I got my sorry 4rse over to Le Touquet the other week for the first time in years, and for reasons one or two here will be aware of, that was something of an achievement.
JAFO liked this

By SteveX -  Thu Sep 12, 2019 2:15 pm
Like
Thu Sep 12, 2019 2:15 pm #1719763
Indeed me also, never understood this talk about a 'flying season'. Not helped by both recent editorials in Pilot and Flyer talking about such things. Summer can bring thunderstorms, winter superb vis. and clear night flying. It's either flyable or it isn't whether that's January or July.