Was there an airprox report for this?
If we don't take part in protecting GA access to infrastructure, the smaller aerodromes will be built over, the larger aerodromes will have exorbitant handling fees and awkward procedures, and airspace will be over-classified to Class A everywhere.

During that period, sometimes the ATZ was notamed deactivated, sometimes not ( (ie ATZ was active but no flying...).

More recently ATC flying has resumed, but at a much lesser intensity than previously - even so, as an active RAF station, Syerston has an ATZ ( and winch launching notification) active 24hrs.

Not excusing infringements, but under the circumstances can understand how it could happen there.

By G-AFZP -  Fri Jul 12, 2019 5:36 pm
Fri Jul 12, 2019 5:36 pm #1705851
This sort of takes me back 40 years to when I was in the RAF flying 4-engined aeroplanes at Brize Norton for my day job. In my spare time, I was CFI of an RAFGSA gliding club at Weston-on-the-Green. I also had the civilian Oxford Club "under my wing". We operated right in the middle of permanent Danger Area D129 which went from ground level to FL120.
One day, we were about to launch a glider (by winch) when somebody spotted a light aircraft approaching from the west so we stopped everything. It transpired to be an Auster which proceeded to fly round the airfield and, to my horror, decided to land -not into wind - but straight across all four winch cables made of steel and about 4,000 feet long lying in the grass. How he didn't pick one up and end up on his back I simply do not know.
I have never been known for my diplomatic demeanor and so it was on this occasion. I was pretty forthright in pointing out the (many) errors of his way. His reaction was pretty interesting.
"We are going to an Auster rally and I will have you know that I am the Chairman of the Auster Preservation Society!"
I then showed him just what he had just been lucky enough to avoid in the air and on the ground apart from being (completely lost) in the middle of D129. After he had seen a couple of glider launches. he realised just how lucky he had indeed been so we gave them a cup of tea and a wad and sent them on their way.
No paperwork resulted.
Don't mess with gliding sites.

gasman wrote:Very busy gliding sites like Lasham, Husbands Bosworth or Sutton Bank are not afforded the protection of an ATZ.
RAF Syerston is a very under-utilised site with minimal flying activity and yet has ATZ protection.
Why the apparent anomaly? 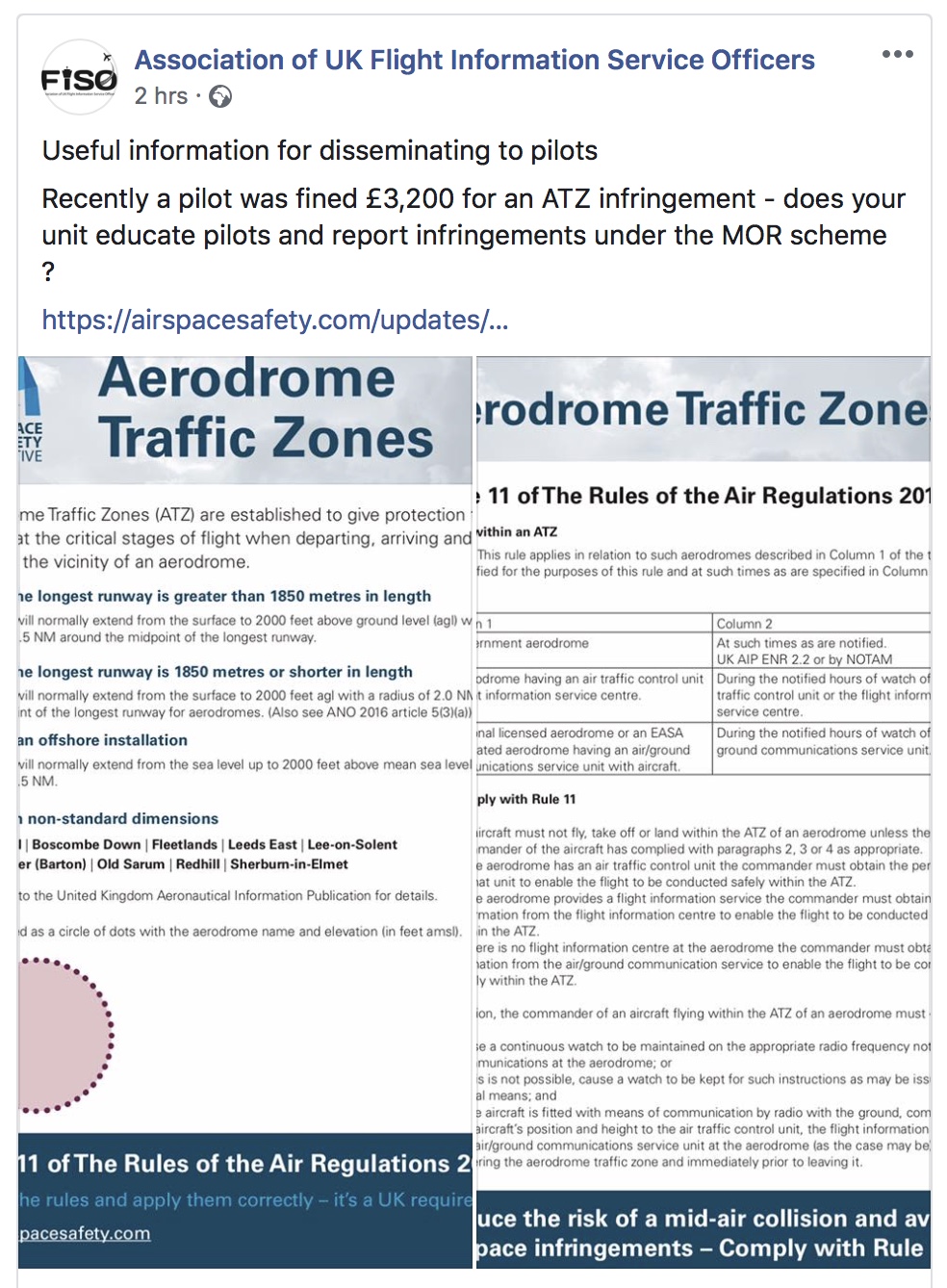 Touch wood, I've never had too much of a problem with staying well away from glider launching sites. Perhaps it is a strong self-preservation instinct.
Schrödinger's cat walks into a bar. And doesn't.

gasman wrote:Very busy gliding sites like Lasham, Husbands Bosworth or Sutton Bank are not afforded the protection of an ATZ.
RAF Syerston is a very under-utilised site with minimal flying activity and yet has ATZ protection.
Why the apparent anomaly?

Yup, the RAF had a clamp down on this a couple of years back. So many of the ATZs at training airfields were wound back from H24 to their normal operating times. Operational bases remained H24

Anyway, I doubt that even these modern winches can launch to anything like 3300 ft amsl, in other than very rare circumstances.

gasman wrote:Very busy gliding sites like Lasham, Husbands Bosworth or Sutton Bank are not afforded the protection of an ATZ.

If they 'upgraded' to AFIS for their 'core' flying hours eg 10 am to 6 pm or sunset, they could ask for an ATZ to be notified for those times too.
Course this wouldn't actually prevent idiots trying to fly overhead at 2,100ft agl when the winch launches go higher, but it would mean no excuse for anyone who got his wing sawn off by a cable.
When driving the winch at 613 GS at RAF Halton (as a staff cadet, you had to be a proficient winch driver before becoming an 'air experience' pilot and I must have driven over 1,000 launches as well as flying over 500 air experience launches prior to becoming an Air Traffic Controller with a PPL) before they became a motor glider school, I remember several occasions where I had to 'chop' a launch early (when the glider was at a safe height to do a 'cable break' circuit) due to idiots flying through the overhead in the days before Halton had an A/G frequency.
But they'd have to pay for a FISO to be on duty for the ATZ hours, but couldn't they 'pay' by allowing them 'free' flying hours?
When operating Farnborough LARS west, I was always amazed at the number of pilots who seemed to think it was OK to route overhead Lasham between 2000ft and 3600ft QNH just because it had no ATZ.
Last edited by chevvron on Sat Jul 13, 2019 2:26 am, edited 1 time in total.
There's only one 'F' in Fulham

pullup wrote:Anyway, I doubt that even these modern winches can launch to anything like 3300 ft amsl, in other than very rare circumstances.

Oh yes they can!

(especially if you meant 'above aerodrome elevation' rather than 'amsl')