Iceman, Katamarino liked this
Pete S as was

Arriving Friday in Sevenoaks, around on an off for the following week with some flying around the UK too. It'd be great to meet!

Which airport - Biggin, Rochester or Headcorn?

I’d be happy to host you at White Waltham (the best Flying club in the UK, and probably the universe

Will let you know!
Cessnas have feelings too!

Damn straight it is.
Pilot Pete liked this
Cessnas have feelings too!

By Katamarino -  Mon May 13, 2019 12:27 am
Like 5
Mon May 13, 2019 12:27 am #1693077
The sun in Kulusuk barely set, with the northerly latitude. We were up early and had breakfast with our new Austrian friends before sharing a ride to the airport; they planned a scenic flight around the local area as the weather was not looking good for them to cross Greenland and make it back again the following day. The tower controller was friendly and helpful, and took care of all the paperwork and the flight plan. We had enough fuel already, so all that was left was to pre-flight and head to Iceland! Climbing out of Kulusuk The pack ice was starting to break up The weather along the route was great, which was a relief as the majority of the flight was over the very forbidding North Atlantic. Favourable weather meant that the flight was only just over 3 hours long, so it was not long before Iceland came into view and we landed at Keflavik airport on runway 01. About to make landfall in Iceland "Make your own waffles" at the Northern Lights Inn With only one night to spend here, we'd elected for a relaxing afternoon at the Blue Lagoon; this is a large, man-made geothermal pool fed by the output of a geothermal power plant. We met a great couple from Brisbane, who invited me to visit and stay with them once I get down that way! A well-earned relax after a few hard days of flying! 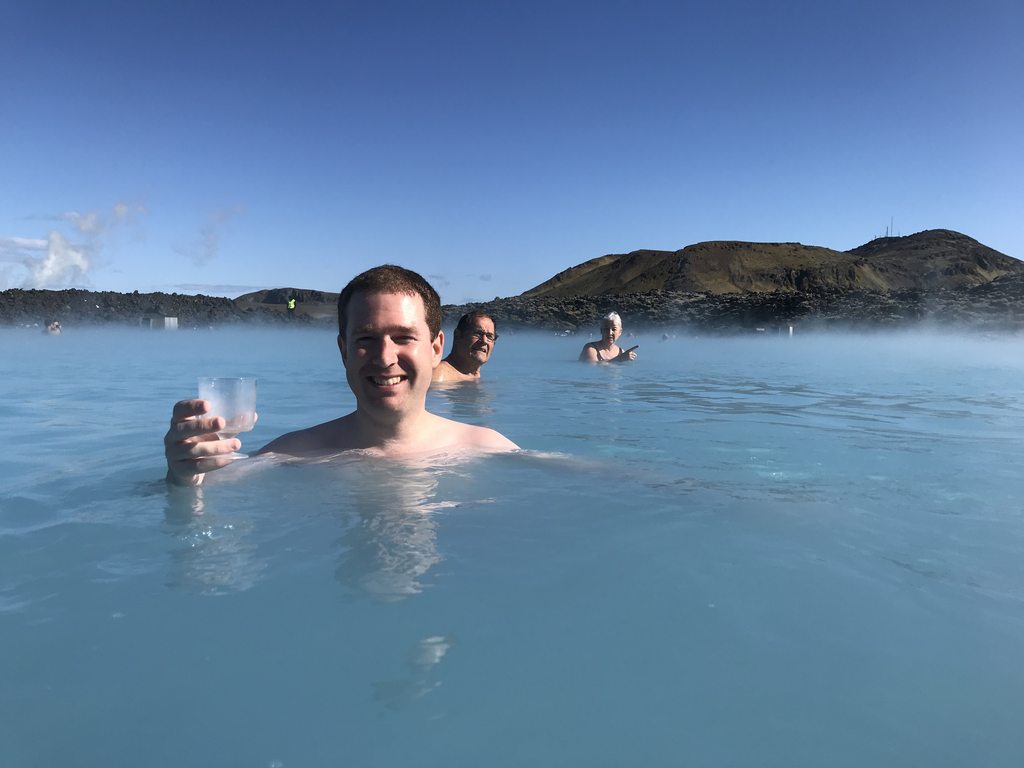 Charles Hunt, dppintr, Lockhaven and 2 others liked this
Cessnas have feelings too! 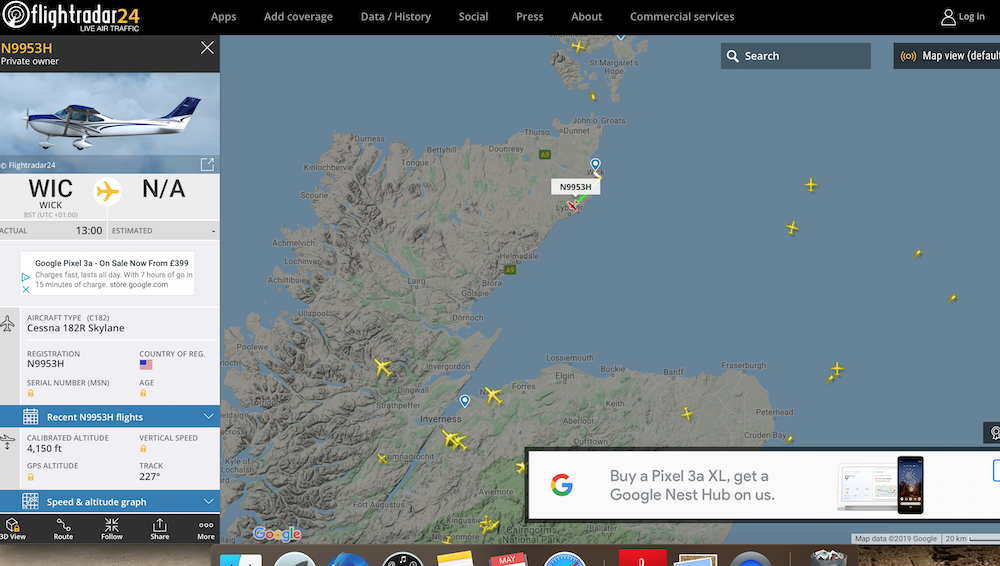 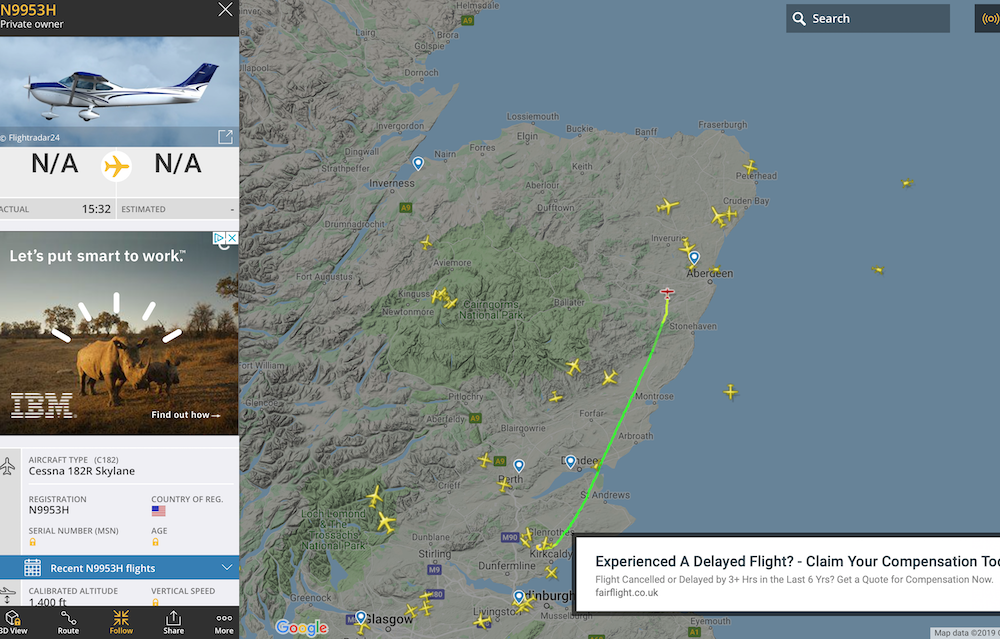 Awesome that he has crossed the N Atlantic. What an achievemet.
Katamarino, Ridders liked this
Suiting the action to the words

Charles Hunt wrote:Awesome that he has crossed the N Atlantic. What an achievemet.

Thats the trainng exercise for crossing the Pacific

Miscellaneous wrote:Oh dear, I think Ross has forgotten something and had to go back. Either that or Sky Demon is playing up.

A couple of days off now in Aberdeen!
Charles Hunt liked this
Cessnas have feelings too!

, although I'll confess to wondering why Aberdeen and why you went on to stop at The Tipsy Nipper only to go back.

Miscellaneous wrote:I sort of knew that

, although I'll confess to wondering why Aberdeen and why you went on to stop at The Tipsy Nipper only to go back.

Dropped off my Atlantic copilot at his home base (Fife)

I have a number of colleagues and friends to see in Aberdeen!
Miscellaneous liked this
Cessnas have feelings too!