By joe-fbs -  Thu Jan 10, 2019 6:50 am
Like
Thu Jan 10, 2019 6:50 am #1664273
The above is also told in jet engine circles. There is a variation in which the launcher is loaded, the test technicians take a break, return and shoot the test which the engine fails spectacularly. Subsequent investigation shows that during the crew break the hangar cat snuck in to eat the chicken and was fired with it into the engine.

I suspect all are urban myths.

GonzoEGLL wrote:Do you really think we’d stop departures for a random drone report? Of which we get at least a handful a week?

You never know, the media might not have the all the relevant information. Funny that!

I think you stop them if there seems to be a consensus that a drone is hanging about in the vicinity of the runway. At least, Gatwick did.

We definitely don't have the whole story, that's for sure.
Schrödinger's cat walks into a bar. And doesn't. 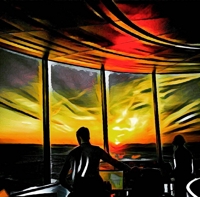 In the mid 80’s I worked for a large UK based Defense electronics manufacturer. They had a system designed to be installed on military vehicles, VIP cars or even aircraft - which would track projectiles ranging from RPG’s and Bullets through to Anti- tank and cruise missiles.

I needed to give a demonstration of this system to a Middle Eastern Head of State. I explained to him that to demo the system, I needed to have one of my team fire an air pistol pellet across the detectors, and that it would then track the projectile, give avoidance advice and instantaneously compute the point of origin (which could then be used to direct retaliatory fire).

The H-O-S was an extremely intelligent man (Sandhurst Graduate and prizewinner) and fully understood what was involved in the demo - and was happy to participate. However he somehow failed to brief his personal bodyguards on what would happen.

At the appropriate point in the demo, I confirmed with the VIP that I could proceed to fire the air pistol, and then nodded to my colleague some feet away, to fire the pellet. As he reached into his jacket pocket to withdraw the air pistol, he was pummelled to the ground and sat upon by 4-5 (extremely large) Royal Bodyguards. He was only hospitalised for 48 hours - Oops!

But the point is that these type of systems were in service 35 years ago.
mmcp42 liked this

riverrock wrote:I assume its easy to pick out an item traveling at hundreds of mph from background scatter. Can you differentiate between a soaring bird and a drone?

Easy if the bird has its lights switched off

kanga, Paul_Sengupta liked this
Pete S as was

I discovered years ago when investigating UFO reports that ground based observers are notoriously bad at estimating the distance of the object from them both at night and in daytime. People would see a 'cigar' shaped object illuminated by the setting sun and swear blind it was about 2 miles away at about 3000ft when it was actually the fuselage of a 'wide body' type at about 30,000ft and 10 miles or so away with things like the wings not visible due to the haze.
There's only one 'F' in Fulham

Doesn't matter in the dark when you can only see lights.
There's only one 'F' in Fulham

GonzoEGLL wrote:....
You never know, the media might not have the all the relevant information. Funny that!

I have a theory that when there is more to something than is in the public domain, those likely to be in the know are notable by their lack of comment on the topic. I'd noted your absence from both the Gatwick and Heathrow threads ...
kanga, GonzoEGLL liked this