A change in the weather this weekend as something we’ve not seen for a while, low pressure, arrives on the scene. Details below.

If you'd like to learn more about the weather and how you can maximise weather windows for your flying, come along to Aviation Weather School (Part 1). The next course with places available is Saturday 19thJanuary 2019. Places do go quickly, so if you'd like to find out more and book your place, do so now at http://www.WeatherSchool.co.uk or you can call me to book on 01902 895252.

Weatherweb Premium also has lots of weather wisdom and is continuing to grow with more pilots joining every week. There's stack of weather information, forecasts and learning to be found on the website and you can try Weatherweb Premium completely free at
http://premium.weatherweb.net/become-a-member/

SATURDAY
---------------
Low pressure passing through Scotland on Saturday taking fronts eastwards with it. Troughs following in the strong westerly flow.
Morning rain across northern and eastern Scotland and eastern England will clear quickly east, although may hold in northern Scotland into the afternoon.
Showers associated with the troughs will be heavy as they pass east and may merge to longer spells of rain, mainly affecting Wales, the Midlands and northern England.
Severe gales are possible along the coasts of the English Channel with strong winds in southern England.
Better weather should push into Ireland during the morning with the showers fading. This better weather slowly edging into England and Wales as the winds decrease, although showers remain in Scotland throughout the day.
Winds W 28-35kt (F7-F8) in southern areas, variable 20jkt (F5 close to the low in northern Scotland), the winds easing from the west later. 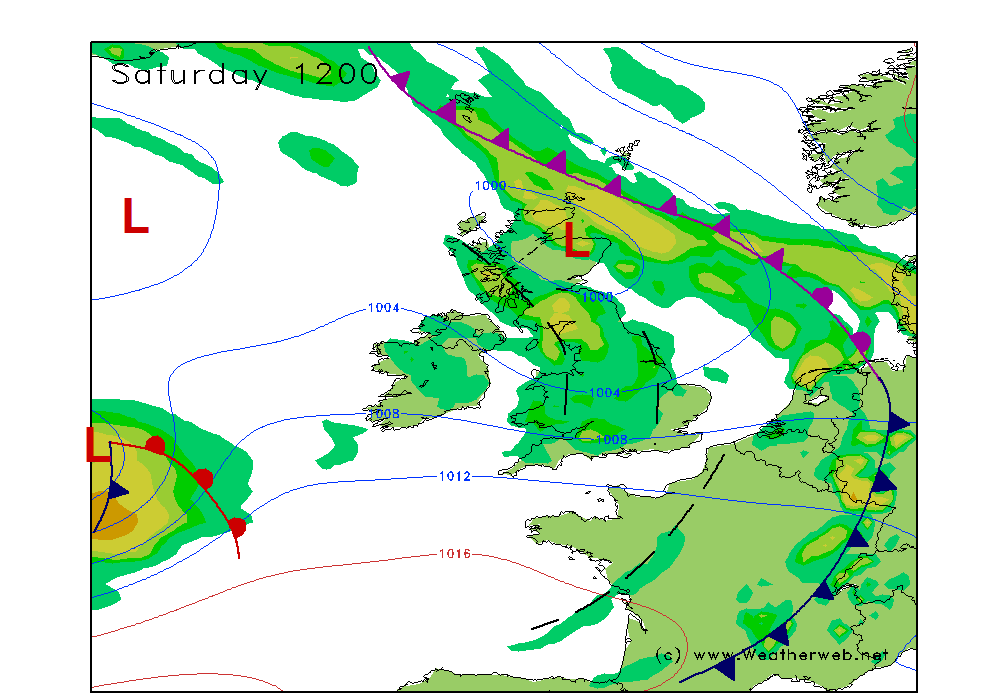 SUNDAY
---------------
Another area of low pressure is expected to be to the west of Ireland on Sunday, tracking northwards. Fronts wrapped around the low will be sweeping north and east through Ireland and then the UK.
Rain, some heavy affecting the whole of Ireland together with gale force winds. The rain then passes through western England and Wales as well as southern Scotland, although by the time it reaches northern and eastern Scotland as well as eastern England it is likely to be turning more patchy.
Brighter weather follows through Ireland and the west and south of the UK.
Winds SW 30-35kt (F7-F8) in the west with stronger gusts, S 20-25kt (F5-F6) in the east although the increase here by the evening. 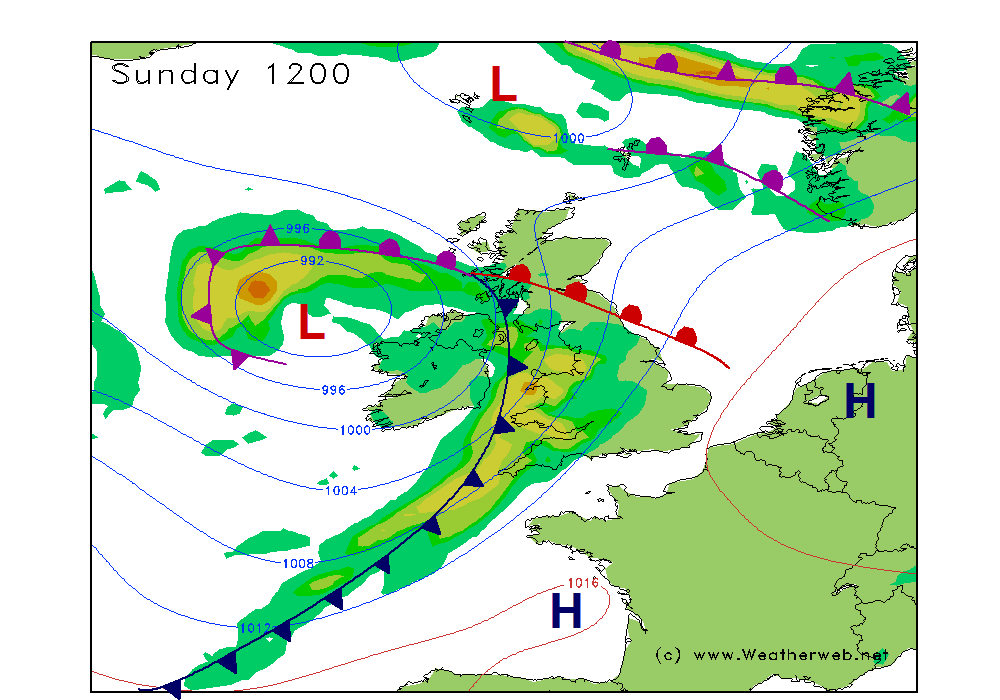