Two injured in crash in Wales 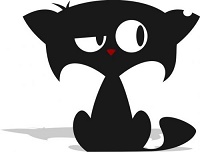 Nearby houses have not been affected.

Surprised they didn't make mention of "narrowly missing" the nearest hospital 40 miles away!

A spokesman for the Welsh Ambulance Service, North Wales Region, said: "A 60-year-old male had a fractured left ankle and lacerations to his left jaw. The other man had face and leg injuries."

Harry has a point. What a nightmare trying to give a position report!

By JohnL -  Sun Jul 20, 2008 10:08 pm
Like
Sun Jul 20, 2008 10:08 pm #633478
I used to shoot around Corwen. There are not many level fields, except those that are essentially bog and most are small and/or rock strewn so not the best area to have to have to do a force landing which perhaps explains the state of the wreckage.
"The knack [of flying] lies in learning how to throw yourself at the ground and miss" , Douglas Adams

G-BLEW wrote:I believe that they were on tehhe way to Oshkosh. The rumour is that it was an engine failure. If that's true, then a rock strewn field in Wales is much better than the North Atlantic!

I've offered what help I can but being stuck on the opposite side of the country that ain't going to be much, other than speaking to the hospital and helping out if language problems.

Nico's not got back to me yet, but if they need help would anyone in that region be prepared to help two fellow flyers in distress?

Local aeroclub has contacted local police who have recovered their passports and they are on their way home...........

Sad ending for a UK jolly: but at least they survived.