Anyone with Maule experience?

On flying,
- How it’s difficult to land on grass with crosswind? 5kts? 10kts? 15kts?
- How it’s comfortable to hand fly on 4h flying leg?

By PA28 -  Wed Jan 26, 2022 4:55 am
Like
Wed Jan 26, 2022 4:55 am #1895716
I can't speak for the M7 but I have experience on the M5-235. Goes up really well as you would expect. An IO-540 is a very good engine an not as thirsty as you might think. They are not that hard to fly provided you have tailwheel training and land with some power applied. They can sink rapidly with the throttle closed on landing but are quite predictable. They fly best with some weight in the back.
Most aeroplanes fly better with VGs but can't speak for the Maule.

Cons;
Has to be kept in a hangar
Not very fast for the horse power (like most STOL aircraft)
Not a C185.

Flew an M4-210, had a student in it. He was solo n the Citabria but took fifteen more hours to solo the Maule. Completed his PPL training. Degree of difficulty is higher.
Screw up a landing? She responded well to the application of power - get out of trouble.

Fly an M7-235 on amphib floats. Like landing a four poster bed on land. Nice as a seaplane, very practical.

Cosy for tall and for wide pilots and passengers.
Not such good visibility, lift your wings and look around.

I can't bear the shame of an MX-T, unless it's equipped for night grass flying (no one can see you flying it) and comes with 90% discount vs tailwheel variants

By joe-fbs -  Wed Jan 26, 2022 11:44 am
Like 2
Wed Jan 26, 2022 11:44 am #1895775
Not quite what you are considering but I have had 25% of a MXT-7-180 (i.e. 180 hp, nosewheel) for three years almost to the day. I enjoy it very much but then I have wanted a Maule ever since I saw one at the original Doncaster airfield in about 1980. In the three years, I have flown 115 hours in it. Most has been typical VFR bimbling but it does include more than eight hours solely by reference to instruments (rather more under IFR but I don't record that). Typically it is off and on the ground in about 200 metres although I am not brave enough to use runways of less than 500. My longest single flight was 3 hours 20. We prefer to keep flights to about two and a half, I am getting quite stiff by then. After 500 hours of Cessnas, Pipers and Grumanns, I was forced to remember to fly with rudder. Demonstrated crosswind, off-the-top-of-my-head, is 11 knots but remember that I have a nosewheel. It is noisy, not especially waterproof and the heater is not that efficient. I enjoy it immensely and don't want to own anything else (unless I become stinking rich). A couple of years earlier, I had considered a Cirrus share. Not my kind of aviation at all. It depends on what lights your fire.

On the boring side, c.110 knots at c.36 litres per hour depending on exactly what one does with the RPM, mixture and manifold pressure.

To repeat myself, I enjoy it immensely and don't want to own anything else (unless I become stinking rich).
Miscellaneous, Ibra liked this

), then let me know (White Waltham based). 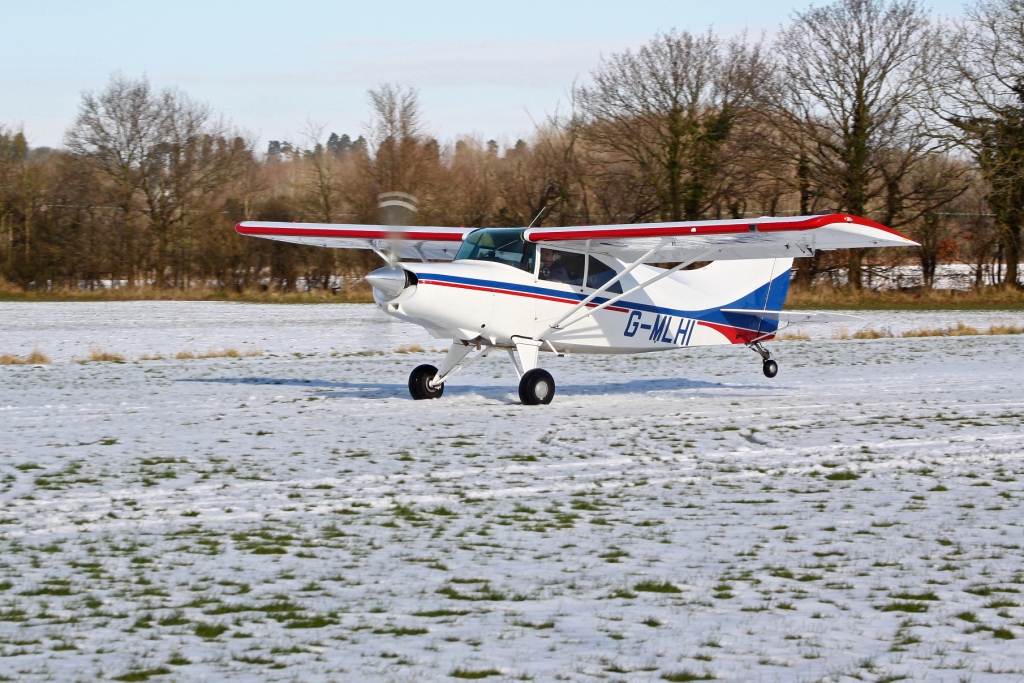 14 mph demonstrated crosswind limit but POH states quite a bit more available.
Typical handling characteristics for a tailwheel on takeoff and landing.
Reasonable stability in IMC (one of my first trips was to Glenforsa on a pretty Carp day wind and weather wise).
In and out of Lundy 3-up in about half the runway (200 metres).

Ibra liked this
You are still dangerous! You can be my wingman anytime.

Iceman wrote:If you fancy a ride in an MX-7 180 (with a wheel at the right end

Yours looks lovely (what about TB20?), thanks for the invitation, I would love to join the ride next time I am in London

I moved from London to Normandie, I guess the Maule would sit nicely in a 5min nearby grass strip or neighbour farm with his tractor

I don't need much speed or fancy interiors (same as joe-fbs said neither me or Mrs care about how we & aircraft are dressed), we just need good range and good useful load, then fly grass to grass while surfing in soup from time to time...

I am just reluctant with demo crosswind (14mph, 11kts?) and comfort inside on windy days in the air on long trips or the ground on landing but if she can go up to Scotland, she can cope with both

In practice, you’re going to get more crosswind limit than 14 mph, as stated explicitly by the POH. A landing at Kirkbride, on the way to Glenforsa, in a crosswind that was appreciably more than 14 mph demonstrated that. On takeoff, I pointed it across the runway by about 45 degrees and I don’t think that we had a ground roll, it just levitated. The Scotland trip was comfortable and it was good to be able to tank fuel to save having to fill up at Scottish rates (although Oban is now quite attractive). I will hopefully get to France in it this year, possibly even contemplating the Raduno, but that probably is a trip for the TB.

Ibra liked this
You are still dangerous! You can be my wingman anytime.

They're a capable machine, parts are very reasonably priced. fairly comfortable inside. Lots of panel space.

The little ailerons don't seem to do much and those more experienced than me have told me that you basically fly them on the rudder and elevator. I think this makes longer flights not quite so bad as once trimmed you just use your feet to keep going where you wish. Thus hands free to read the beano.

Crosswinds can be a bit hairy but generally if its significant and/or gusty you should be able to and across the runway or at least angle well into it. If its narrow and tight then perhaps consider waiting for better weather to go in.

For me the main negative is the build quality, I suspect they were the cheapest certified aircraft you could buy for a reason. I've seen some pretty unpleasant corrosion in various places. But perhaps these were just machines which led a hard life.
Ibra liked this

Ibra, proteus liked this
You are still dangerous! You can be my wingman anytime.

FLYER Club Member
Like
Wed Jan 26, 2022 4:54 pm #1895829
Flew around a Caterpillar tractor on the top end of Cortes Island airstrip (BC).
It’s on Google maps.
Saw the strong wind from the east lifting the sea into angry waves as I approached.
At that time the trees stopped a third of the distance down the strip, but then that tractor was in my way...
Clearing the trees I had the full force of that crosswind which swung me towards the log and stump strewn ground and certain disaster.
“Oh no you don’t”, gave it the full 210hp, hard rudder, took off, swung back onto the strip and landed with the full force of that crosswind.
Never give up! Sometimes we don’t have to crash.
It impressed me that the Maule’s controls can cope with much more than we give them credit for.

If in France, what you are perhaps looking for is a Jodel 140 Mousquetaire. Superb load carrying, super nice manners, and efficiency.
MichaelP
Wandering the World 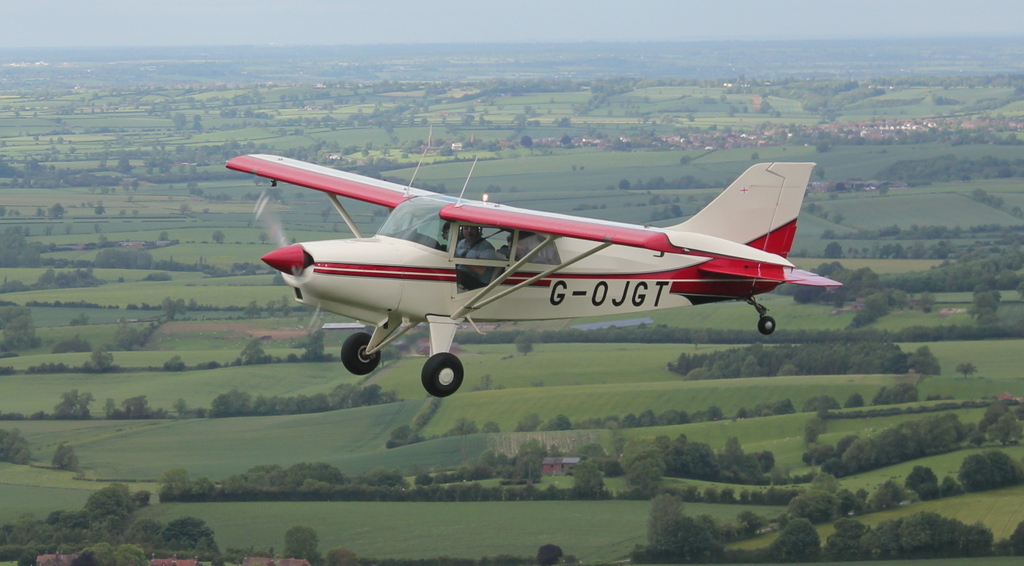 As always, late to the party, but for what it's worth I've been flying Maules for eighteen years and as we have maintained quite a few of them at Aerotech, I suppose I have ended up with an opinion of course!

Maule can be a bit of a Marmite aircraft if you read the various flying forums with lots of knockers and lovers! However, most do agree that they are a rugged, capable aircraft that are comparatively cost effective to buy and maintain. There are also some people that proclaim that they are a handful to fly and difficult to land in crosswinds, especially the tailwheel version and here I believe is the key word,... tailwheel. Personally having built up the experience of flying our M5-235C from a 400m strip atop a hill with lots of curl over and turbulence from surrounding trees, I rely on the Maule for its sturdiness and solid feel on approach in gusty conditions. Crabbing towards touchdown in strong crosswinds and with a late, but precise kick off the drift, its own momentum will invariably hold straight long enough for three point touch down without any lateral drift.
Unfortunately, I can only assume that experience has not been coupled with the tailwheel factor in many of the landing accidents that have occurred over the years and given the Maule its unwarranted reputation, when really the blame should be on pilots pushing their own personal boundaries too far, too fast. This is no doubt due to the allure of strip flying and the capability offered, provided the necessary competence has been built up through training and practice.

So having emphasised to a prospective owner the importance of steady safe progress as Maule experience is developed over time, the crosswind factor will simply be added to the other new skill sets as needed, such as short field landing and take off etc. Then the Maule comes into its own in terms of all round capability. For having taken off from a strip with 4 passengers and bags, the excellent fuel capacity easily allows you to complete long legs as if you have swapped its Cub like strip-ability for an Archer like touring reach. I have been to Lithuania and back in a couple of days, including a night IFR leg from Bydgoszcz in Poland to Hamburg for the ILS between the Lufthansa airbuses. And on the subject of long distance touring, I would add that due to its stability in the cruise, I would never consider adding an auto-pilot to its panel, simply a waste of weight in servos and money.
Some of the cons include the build quality, which is nothing compared to a Skywagon for instance, but then again this is partly offset by the comparative cheapness in Maule parts.
Another factor if you are looking at the US to buy, is keeping it on the N-reg, as if you want to go mad,.... like some do and add the huge Tundra tyres, then realistically it needs to stay on the US register for the STCs.
That said VGs and gap seal kits make a nice addition and can be fitted to G-Reg Maules. These really allow silly speeds to be flown, but the aircraft is fine without them unless you want to enjoy that extra enhancement and controllability at a relatively small cost and negligent weight.
Finally just a note that the many variants M4, M5, M6, M7, M8, M9 also have many sub-configurations. The wingspan can be two feet shorter on the "same model" or the fuselage can be longer (M7 or MX7) as well as different lengths of aileron and flap! This has big effects! And needs to be considered as part of mission evaluation before purchase!
Overall as you can see, I'm a big fan! We have organised Maule fly-ins to our strip in the past and will try for another later this year once flying life returns to semi-normal!
All the best!
AF

Iceman, Ibra, G-BLEW and 1 others liked this

I have owned an Archer and enjoyed my hours in Cubs, having a sort of mix would be nice