ROG wrote:Just a point--what happens to group accounts in a members name if they suddenly die--not being morbid, but could become a problem for pretty obvious reasons.

We have two authorised ('one to sign') signatories for our Group Co-op bank account -also fee free.....

Been a member for a little while but a viewer without being a member for years. This is my first post (a bit long) so don't shoot me down! Reading this thread, I thought it pertinent to a add my two cents to the discussion as I've been the secretary of our group now for around 18 months (been in the group 11 years) and we have had recent experience of the logistics of bank account changes mainly, sadly due to our previous secretary (for over 25 years) passing away rather quickly during recovery from major surgery.

We have a Santander Business account and have had this for many years. No charges (for now), no interest. He was one of two people who could access and use the account (both had cards), the other chap was running the accounts in the secretary's absence whilst he was in surgery with the intention of retuning afterwards. This wasn't a problem as only 1 of the 2 people needed to sign off any transactions.

After he was taken from us, I was voted in as secretary by our group. The member who was the other signatory decided to sell up but was happy to stay until we sorted the changes over. When contacting the bank we advised them of the situation and to be fair they were very understanding and were very helpful helping us through the process. We had to fill in a few forms and send copies of my passport/drivers licence over (other forms of I.D are acceptable) but also importantly send (with the help and permission of his widow) a copy of his death certificate to the bank as proof of that he was no longer with us. All said and told it took a couple to 3 weeks to sort out but it was during a lockdown so I'd hope it would bee sooner if we had to do it again. We also, helped his widow to inform the CAA to let them know he was no longer with us too + had to send his death certificate to re-register the aircraft).

Once I was on board as a signatory, we could then proceed with similar forms again to remove the chap holding the fort, so he could depart the group and then we added two other members of the group in addition to me. One being our engineer so he can get parts as and when required and also for our treasurer to be able to access the account as and when required. Coupled with myself who oversees it all and pays the other bills it works pretty well. All 3 of us have cards but I tend to be the 1 accessing the account most of the time. Also it's still only 1 of us 3 who needs to sign off any transactions.

What you have to remember is that as long as the account name is NOT a person then if that person does pass, then the money in the account is NOT in their name and won't be part of their estate. However the postal address can be theirs but the name of the account would be at the top, so when statements/communications come to my postal address it says G-AXTA Aircraft Group and my address but will never reference me as Nigel although obviously they will know it is me they are sending it to. If you hold the money in your own name on behalf of a group/or in a joint account then your group could well be at risk if that person passes (especially without warning). I remember when first speaking to Santander after his passing and one of the first questions the lady asked is was the account in the deceased persons name or the group, when I said the group she said ok good that makes things a whole lot easier. So although I'm sure there are ways around it, it suggests it's easier for the groups security that it's held under the umbrella of a group/treasurer's account. If it was to be the other way around I would probably suggest some sort insertion of a clause in your group agreement + a document which is drawn up which states something like........

"If I, (insert name of person/s who own the account/join account) pass away then I agree that the money in this bank account (insert bank details here) remains outside of my estate and is the property of the aircraft group. I also accept that my family estate will only be entitled to the money from my share being sold to another party or if nothing if my family choose to gift my share back to the group" (signed xxxx).

I would also consider getting that persons immediate family to sign (as well as all the current group members) so you are all aware of that persons wishes as when it comes to money some people, no matter how well you know them, they or their family could change rather quickly. That way you have something to stand on legally if the worst happens without notice! I.E - You cover your a** when the airplane's annual is due and someone pops their clogs and the groups money is stuck in probate!

A long post I know but from reading the comments I thought it was relevant to post. Hope it gives some of your food for thought. Needless to say if considering changing after reading my post, take advice from your bank/legal folk beforehand just in case my facts are wrong!
G-BLEW, skydriller, mossie liked this

By NDB_hold -  Sat Jan 22, 2022 8:47 pm
Like 1
Sat Jan 22, 2022 8:47 pm #1895064
Just to say, a vote for Barclays. I run a small professional interest association and the account was set up as a business account with Barclays with minimum fuss (even in May 2020, amazingly). It helps that both of the signatories are Barclays customers: we even have the account in the Barclays app, and I can tap to switch between private and business. He can do the same - we both see the business account and our own private accounts. And all for free. I’m sure this would work for a group: the only thing we did have to have was a Memorandum and Articles of Association but a group agreement would I am sure be sufficient.
mossie liked this 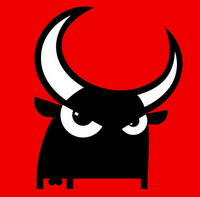 * re HSBC, I’ve held HSBC Premier and Private Banking accounts for over 30 yrs; while once good they have been in substantial decline over past years; if a present client I'd suggest opening a back-up account

** re MetroBank, Friendly staff and even open on Sundays, but their systems/procedures are medieval

ROG wrote:Would just mention--with any 2 from 4 signatories there is no problem if one dies or retires from the group.
Our account is with Lloyds--works ok. Monitored online--money can only be paid by cheque with 2 signatures.
Only problem we"ve had is when we last added a 4th signatory (belt a nd braces) as they managed to mislay the paperwork.

Last time I went to set a group account the members in question had to present ourselves in the branch with a ton of palaver, and the person we dealt behaved as though we were setting up some sort of menage a troi.
"Let's go flying"
Scribblings of a novice PPL

FLYER Club Member
Like
Sun Jan 23, 2022 11:14 am #1895126
The same with Lloyds. All set up remotely some 6 or 7 years ago. Works well and we have two signatories for any transaction online too.
Imagine what you might try if you thought you could not fail...

By ROG -  Sun Jan 23, 2022 12:13 pm
Like
Sun Jan 23, 2022 12:13 pm #1895136
As said-with Lloyds--on line--only difference is we pay by cheque for maintenance and our club fees, When we buy fuel away from club members pay on their credit or debit cards and are credited on their personal accounts in the ledger. Everyone has a personal account, and all members get full info at the end of each month.
I have come across groups where noone knows where the money goes and how much the group has.

Iceman wrote:Have you tried the Treasurer’s Account with TSB / Lloyds ?

FLYER Club Member
Like
Mon Jan 24, 2022 8:45 am #1895279
There was an article in yesterday's Sunday Times about how the Banks stopped accepting transfers from Groups about a month after HSBC introduced their charges.
Cynical.... Me ?